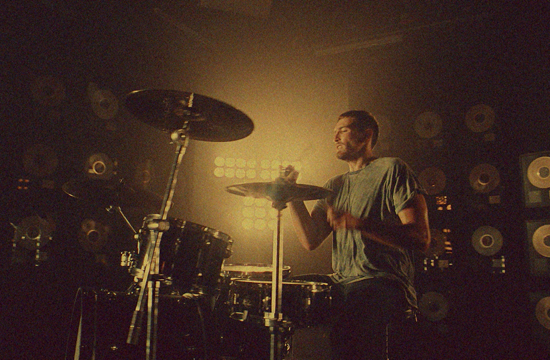 Ballantine's, the world’s No 2 Scotch whisky and part of the Chivas Brothers family of brands, has today announced the launch of a new strategic brand positioning and accompanying marketing campaign.

Stay True, Leave an Impression serves as an invitation to consumers to express themselves in a genuine and authentic way, applauding conviction and self-belief. The global campaign, which is a natural progression from the brand’s hugely successful ‘Leave an Impression’ campaign launched in 2007, will begin rolling out across all key markets from October onwards, aiming to unify all brand communications across the complete Ballantine’s range.

The new positioning has been developed by M&C Saatchi London; the agency won the business in 2012. The campaign will feature a number of authentic ‘Stay True’ protagonists, who have each been chosen to front the campaign because they epitomise the message of being genuine, and of staying true to yourself.

These protagonists are shown across all iterations of the advertising creative in situations that reflect their passion and commitment to staying true; demonstrating that whatever you do, it’s about doing it with conviction, doing it because you believe in it.

This will be brought to life in multiple channels, principally via a 30” television spot to be showcased on MTV and The Discovery Channel amongst others, but also including a print campaign which will run across press, outdoor and online media.

The TV commercial, ‘The Drummer’, tells the story of a drummer, who performs not because he wants the money, the fame or to be adored; but because it is who he is. This story is enhanced by its leading light, Ben Mead, who serves as the embodiment of ‘Stay True’, having rejected the traditional path of record contracts and instead favouring less well-known venues where his band feel that their music is best appreciated. 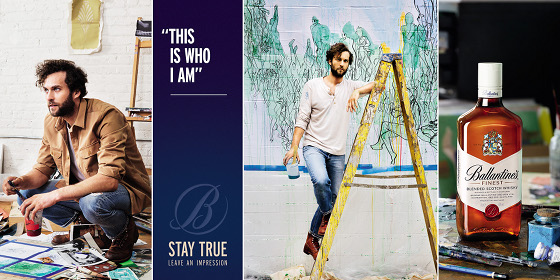 The TVC was shot by Jake Nava, a director with a wealth of experience in both music videos and advertising.

Peter Moore, Brand Director for Ballantine’s commented: “Stay True is rooted in the DNA of Ballantine’s, thanks to our founder George Ballantine. A true innovator and entrepreneur, he was always original and acted with genuine conviction and flair, and this approach to life is reflected in the unique taste profile and iconic look of the Ballantine’s range.”

“George Ballantine stayed true and left an impression himself, so we want to continue his legacy by creating a platform that celebrates Ballantine’s and its founder’s intrinsic values. We are trying to inspire people to have the conviction to stay true to themselves, to follow their passions and to remain as genuine and authentic as they can be.”

Jeremy Hemmings, Global Client Director at M&C Saatchi London added: “We are delighted with the launch of the Ballantine’s Stay True campaign.  We’ve gone back to the roots of the brand to establish what we see as a real conviction position that distinguishes it from its close competitors. This has allowed us to produce creative work which exudes real passion from our brand protagonists, cutting through some of the false gloss you tend to expect from many brands in this category.”

The campaign is currently rolling out across South America (including in Mexico, Chile and Brazil) and southern and central Europe, with other markets globally rolling out throughout 2013 and into 2014.

M&C Saatchi Sport & Entertainment, the brand engagement arm of the M&C Saatchi Group, together with Ballantine’s digital agency, Work Club, will be delivering a Global BTL campaign that celebrates the new positioning via digital and PR. This will launch in parallel to the TV and print campaign.