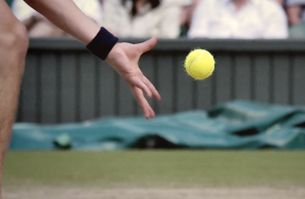 Olly Goodrum’s latest films for Wimbledon make us realise that there is still some goodness in Britain and that Brits still have some things to be proud of.

Directed, shot and edited by Olly himself, these beautifully observed films show us the often unsung heroes of the All England Lawn Tennis Club. We see very personal and intimate portraits juxtaposed with images of the world famous tournament.

The ball boy gives us the heartfelt emotion of a young man’s debut as one of  Wimbledon most iconic elements.

The groundsman tells us of one the most important people in the Wimbledon set-up, the nerves and passion involved in keeping that famous grass in top condition.

The List is an interesting story of the nitty-gritty details that the Wimbledon team have to consider and deal with in the continual pursuit of greatness.