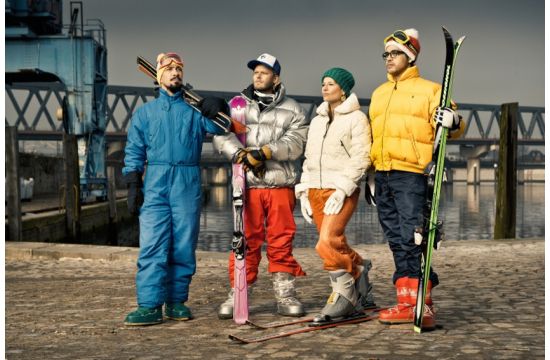 Commercial film production Bakery joins the digital film experts of JOTZ! to claim their stakes as moving pictures provider for brands and corporations in a market which has undergone a dramatic change and works increasingly digitally driven.

The new company will be headed by the aforementioned founders and managing partners of JOTZ! and Bakery.

RABBICORN will employ 18+ heads in Hamburg and Duesseldorf, where JOTZ! established a branch in 2012. Total turnover of both companies is in the eight figures (EUR) this year.
Both productions not only work on the German market but have produced paneuropean and global projects for international agencies and clients.

RABBICORN will work with an exclusive roster of German and international directors in the German market.

Besides joining forces in classic and digital film expertise a groundbreaking news is their close cooperation with Mediakraft Networks in Cologne, the biggest YouTube network in Central Europe.

Mediakraft has offices in Cologne, Hamburg, Berlin, Munich, Amsterdam, Warsaw and Istanbul and employs 120 people. The YouTube network has up to 220 mio. views per month and reaches approx. 12 mio. viewers per month mainly in the 14 to 34 years target group.
Their cooperation started in 2013 with a production partnership. In step two starting next year both companies join forces to create high value content for brand companies and advertisers.

"With this radical reorganization, two film productions – both profitable from day one – merge their classic and digital expertise to become fit for the future", says Florian Sigl of Bakery. "Thanks to our consulting and production excellence combined with the Mediakraft cooperation we are able to create a new business model, acting as content provider, not just as film production."

"Digital is not simply viral,“ says Jan Behrens, „but comprises a far-reaching portfolio from web commercial, content and hidden cam to webisodes – advertising formats which have grown to a much stronger significance. Thinking digitally means to think strategically, an expertise with which also we have created an international network as well as a solid base in the past years."