Back to the Future for Martin Sorrell?

Whether he leverages his lack of non-compete or decides to start hosting Have I Got News For You, the former WPP CEO is unlikely to stay out of the spotlight, writes Laura Swinton 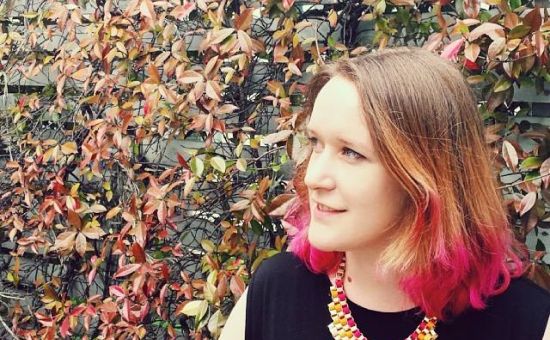 One suspects that the news of Sir Martin Sorrell’s resignation from WPP on Saturday is not so much a case of ‘so long’ but ‘au revoir’. The man who turned a shopping trolley manufacturer into the biggest advertising holding company in the world may be gone from Wire and Plastic Products* but the combination of his sheer competitive tenacity and the absence of a non-compete clause from his contract means that it’s unlikely that we’ve seen the last of him.
And while, as I mused with my friend and colleague at The Drum, Stephen, I would quite enjoy an odd couple travelogue featuring Sir Martin and Maurice Levy cantankerously hitting up the backpacker hotspots, in the style of An Idiot Abroad starring Karl Pilkington and Warwick Davies… well I can’t see him heading on a perma-cruise just yet.
For one thing, there’s his personal statement to WPP’s 200,000 employees. As well as appropriating that famous Bill Shankly quote about the importance of football, the other thing that stood out to me was his ‘Back to the Future’ sign off. I wouldn’t have put him down as a Marty McFly fan, but they do share a first name. Perhaps Sir Marty plans to jump into his metaphorical DeLorean to mess with the timeline. Give some insider insight to his ‘frenemies’ at Google? Or help a consultancy supercharge their burgeoning advertising businesses? Or with the analysts punting around the possibility that the WPP group could get broken up, might he even empty out his Scrooge McDuck’esque swimming pool of money to buy some of WPP’s assets back?
I mean, if it was me, I’d take up watercolours – or I’d be right round the Sky One offices touting that travelogue as fast as you could say ’Jack Whitehall’s Travels with my Father’. But that’s why I’m not the CEO of the world’s biggest advertising holding company and he is. Was. Whatever.
Over the past week or so I’ve seen a mix of reactions to the news of WPP’s investigation and Sir Martin’s subsequent resignation. There’s been schadenfreude, most certainly. And on the other hand, sadness and anger from some former collaborators at what they see as a betrayal. And then there’s been the big swathe of people in the middle with a fairly value neutral ‘wow, this is big’. The thing is, whatever your personal take on Sorrell you can’t deny the mastery of his biggest brand-building project – himself. The investigation and resignation was front page news around the world. The Sun even ran a ‘who is Martin Sorrell and what’s his net worth’ explainer. The Sun! I don’t think major advertising execs are a staple of page 3. When the LBB team came in on Monday morning, half had been informed of his resignation by their parents, who don’t have anything to do with advertising. Sure, being in the media spotlight might have backfired in recent weeks but his public profile is likely to prove a real asset. You don’t have to like the guy, but his snark is undeniably entertaining. (Though props to Maurice Levy, whose recent comments to The Drum on the subject of Sir Martin’s predicament show that Sorrell doesn’t have the monopoly on waspy dramz.)
In any case, whether Marty decides to use his new abundance of spare time to indulge in his favourite pastime of shit-stirring on national media or he plunges back into the fray, he won’t be gone for long.
*Completely unrelated, but a question for regular listeners to award-winning podcast ‘My Dad Wrote a Porno’. As company names go Wire and Plastic Products is pure Belinda Blinked, right?
view more - Trends and Insight