Back in Your Box: How Pigeonholing Is Killing Creative Industries

The Influencers 121 Add to collection

INFLUENCER: And why the Amazon model might be the answer, according to The Futz Butler's Paul Sumpter 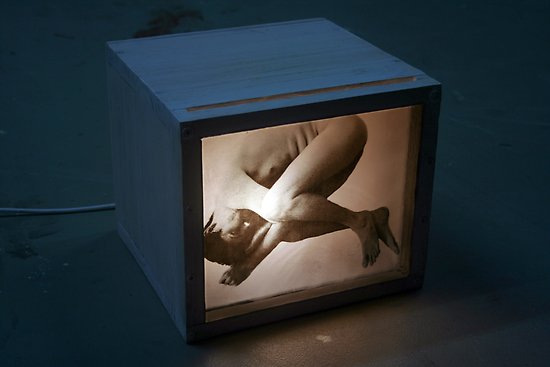 Pigeonholing. Whether you deal with the visual arts, the word on the page, or with sound and music, it’s likely that at some point your career will have been hamstrung by its insidious fist. The ever-lingering, cursory discrimination of your skills or character that traps you in a box often entirely not of your own making.

It’s a uniquely work-specific form of accepted stereotyping. Yet it prevails in almost every professional interaction we make – a concomitant of being overworked, under-resourced and time-poor.

Pigeonholing is the inexorable by-product of 21st Century option-anxiety.

Resorting to a manageable shorthand or a ‘headlines only’ understanding of something or someone is somewhat only natural in the face of such information overload and given the relentless pace it’s expected we move at.

But these gen-ingress coping mechanisms reduce entire stories, genres, and people down to mere synopses. The elevator pitch has gone from being a preliminary introduction to being literally the only thing people feel they need to know to be informed enough to have an opinion. We effuse part-time woke politics. We skip through an album on Spotify in 60 seconds listening for a hook rather than how the artist’s narrative evolves. Send messages in an emoji, not sentences. We’re all just too bloody busy.

Being surmised, positioned and filed away within the first 30 seconds is now too readily the default way things are done.

But we’re all busy people – what’s the problem here?

It breeds often superficial or fad-driven work, devoid of real substance. Derivative and generic formats prevail, with those making the calls often citing that audience’s attention spans are so limited, anything that necessitates any meaningful investment or new evaluation on the part of the viewer is just too much of an ask. The never-ending spate of reality TV or judge-them-off talent shows is a damning testament to this. It’s the 8 second rule. It’s why 90% of Top 40 songs have virtually no intro and why we binge watch box sets the day they’re released.

We’ve got no frustration tolerance anymore.

But wouldn’t it be novel if we actually demanded more of the audience – gave them a bit more credit? Look at Alfonso Cuarón’s Roma, for example. The slowest paced film I’ve seen in years about an era and locale very few would’ve had any significant previous understanding of. But beautiful, intense and rich with nuance and detail. Our fraught lives are busily spent trying to cram as much information into each second, that we rarely get past the ‘scratch the surface phase’ before we’re socio-culturally guilted into being pointed towards the next thing.

It’s like guzzling down raw eggs and margarine, because we’re too impatient to wait for the cake to bake, and then writing the whole cake ‘idea’ off as it’s made us sick.

As such, the importance of the first impression – but moreover the recipient’s formation of what box to first put you in can be all-too defining in terms of a career trajectory.

And I guess therein lies the rub – once you’ve been typecast, it’s very difficult to shake that reputation off. Sure, everyone in a commercial sense should have a distillable identity – a sense of what it is you are and offer, that for starters people can hang their hat off. And some pigeonholing can be lucrative (if you only ever want to do one thing for the rest of your life).

But ultimately, however you look at it, it’s about other’s perceptions of you, not your own understanding of yourself. And whilst that may sound like some meta existential statement, when it comes to working within the creative industries, this truism is extremely damaging. By placing creative collaborators in narrowly defined boxes, there is every chance opportunities for unconventional collaboration gets missed. Instead, predictable, middle-of-the-road work prevails.

The influence of seemingly unrelated skills is exactly what may make that person’s output entirely original and bravely exciting – as they bring to the project a fresh perspective born out of arriving from a different path or grounding.

There are countless examples across all walks of life, but if we just take music as a simple case in point. Childish Gambino released the most culturally significant record in two decades with This is America, yet he was perhaps best known previously for his sitcom acting, directing and stand-up comedy. Stevie Wonder began his life as a drummer for Motown and is arguably the world’s greatest ever chromatic harmonica player. David Bowie was a stylistic chameleon, moving from mod-influenced freakbeat to Berlin-influenced electro to post-Millennium drum 'n' bass. Bjork released a fucking big band record out of precisely nowhere for crying out loud. And good on her.

People, especially creative types, when you really get to know them, are leading increasingly diverse and multifaceted existences. All of which informs what they may (or may not) be ‘known’ for.

So why in this multi-hyphenate epoch of gender and sexuality fluidity, of social ceilings being challenged and technology allowing us to be creative chameleons, do our perceptions of people’s skill sets remain so doggedly narrow?

We’re all too open and ready to accept that Amazon can sell us a widescreen TV, a Romaine lettuce and five pairs of sports socks all in one transaction, yet we don’t extend the same courtesy to actual humans. We should think of more people as we think of Amazon.

We know the stakes are high and choosing the wrong supplier can have dire consequences. And that’s a legitimate consideration of course. You go with what you know (of them). But if we continue to be limited by a perfunctory understanding of someone’s offering, subconsciously dismissing anything that doesn’t seem to quite fit whichever mould they’re currently in, aren’t we missing a massive trick?

Matthew McConaughey would never have landed the role that scored him an Oscar in Dallas Buyer’s Club based on ‘himbo’ performances in How to Lose a Guy in 10 Days or The Wedding Planner. Novelist Dick Francis, whose career as a champion jockey in the '50s, didn’t necessarily suggest he should be given the opportunity to become the published best-selling author he is today.

Even if hypothetically, some level of commodification of people seems useful, surely not grasping a fuller picture of what someone does is counter-productive? Viewing them one-dimensionally based on their perceived net value relative to a single narrow context (making an assessment of a person’s usefulness purely from their job title for example), doesn’t make any sense.

And aren’t we all seeking more authentic experiences and stories, anyway?

I guess that’s why we feel face to face interaction is so important – it fills in the blanks. You get to look someone in the eye, hear impassioned inflections in their voice and feel the buzz of an idea coming to life, that gets lost in the surgical short-hand of online interaction. It’s what can make the work you produce truly meaningful.

So where does this leave the all-rounder? Those of us who thrive on the variety of the job? How do we market ourselves in the ruthlessly one-dimensional domain of the disposable digital age? Do we need to resort to aliases (a la Donald Glover) or creating new macro ‘brands’ to counter this problem? Maybe. But it skirts rather than meets head-on the underlying issue.

As a company who pride ourselves on the eclecticism of our output, we’re constantly railing against pigeonholing. We know some of our clients think of us for sound design and electronic work. Others, as the guys who build their own instruments. For others still, it’s vintage stuff or orchestral scoring. Because those are the jobs we’ve done with them previously, almost serendipitously those are the boxes we’ve ended up in, simply as the client has experienced it first hand.

But if we are to only understand people based on work that they’ve previously done, how do we ever expect to push the envelope? Like imagining a chef is unable to cook anything else on the menu because you personally haven’t eaten it. Everything becomes a derivative of what you’ve already done. The conviction and zeal of the original idea (or box you’re in) is diluted into almost a pastiche of itself.

We were recently told by a client that they opted for another composer as “it wasn’t in your lane” despite us delivering a job in that exact style to a separate client, less than a week earlier. They just didn’t consider we might have it in our locker.

Similarly, a producer once said to us that he, and I quote, “didn’t know when he would ring us as we could literally cover all bases”. He needed to put us in a box. He couldn’t grasp that being good at one thing, could actually be the reason we might be good at something else. Because technical ability is really only half of what anybody does. Your approach, your unique way of thinking, your eye for detail, your demeanour etc – these traits aren’t exclusive to one discipline. And that’s why if you know the person and their character, as well as the work they produce, you begin to recognise how those hallmarks might be well-suited in other less obvious settings.

The most forward-thinking and unflinching amongst us appreciate that understanding collaborators as full, diverse, complex people and not commodities are truly the best way to deliver ideas that have a life and resonance outside of the narrow confines of its initial context. For example, 2019 is the first year D&AD are awarding what they call the ‘side hustles’ recognising the creative start-ups and side projects creatives have outside of client briefed work. Outside of their boxes, so to speak.

How do we break out of the corners people often entirely unrequested, push us in? Especially when people’s attention is at such a premium.

We can’t redress the balance of the fast-paced nature of modern living. As individuals working with busy deadline-orientated clients, we know only too well that time is often the currency we’re all short on.

But we can be more open to the idea that someone may have more than one string to their bow. Or consider that their general outlook or passion, for one thing, might make them actually beautifully qualified for something entirely unrelated on first consideration.

It might be worth asking them the question – see what comes back at you.

The truth is, it’s not about what you do or don’t do. It’s about those we work with having a digestible grasp on who we really are and what we’re really about – qualities that transcend the daily specifics of one brief to the next. It’s a tricky balance, being respectful of other’s precious time.

So next time you’re introduced to someone – see if you can suspend your summation of them until they’ve at least finished the first few sentences. We might all just learn something new.