Mr. President campaign creates music through the movement of bats at SXSW 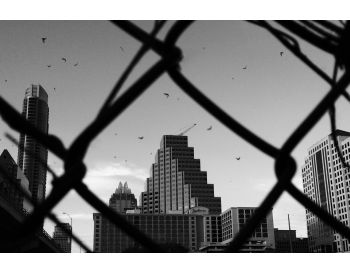 Music fans at this year’s South by Southwest festival witnessed a unique experience as BACARDÍ rum challenged music-making convention and produced an electronic track using the movements of 100,000 bats - the famous symbol of the iconic brand.

Guests were invited to experience the track being produced and recorded live at Congress Bridge, the city’s so called ‘Bat Mecca’. A remix track, by a leading music producer, Craig Richards, will be unveiled globally in April.

The track was created using a bespoke software app, which allows the user to interact with a series of composed sounds triggered by the bats movements.  The live capture of the bats movement was streamed into a digital grid, with each square triggering and affecting specific sounds, beats, pitches and tempos.

“Defying convention and expectation is part of the BACARDÍ rum DNA and continues to be today. The Bat Beats music experience is just that – a demonstration of the brand values that still alive and strong today," said Kofi Amoo-Gottfried, BACARDÍ rum Global Communications Director.

The concept and development of the Bat Beats BACARDÍ rum experience was the work of creative agency Mr. President.

The cutting-edge software was developed and designed by Immersive represented by Partizan, one of the companies behind the recent Winter Olympics® opening and closing ceremonies in Sochi.

You can listen to the remix on Soundcloud Here