A cheerful rendition of the South African classic 'Pata Pata' 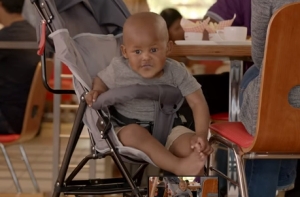 As part of the ‘Love the Journey’ campaign, Engen and Wimpy recently launched their new TV commercial – this time told from the perspective of a cute, singing baby girl.

The heart-warming commercial starts on an Engen forecourt. The toddler, filled with excitement, spontaneously starts singing the South African classic, Pata Pata, as they fill up and have a bite to eat. Nobody around her notices her singing, except for a little boy who joins in, adding his baritone voice to the chorus.

“With Engen and Wimpy, a road trip is not just about reaching your destination; it’s about the journey itself and the places and experiences you have along the way,” says FCB Cape Town Creative Group Head, Riaan van Wyk. “This commercial celebrates how 1-Stop adds a little magic and joy to every journey.”