Babies Show Off Their 'Pooface' In Hysterical New Pampers Ad 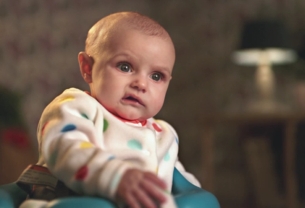 ‘Pooface’ is the first commercial created for the new ‘Don’t Fear The Mess!’ campaign for Pampers by Saatchi & Saatchi London. The film is shot in high definition and in super slow motion, 400fps, and captures ten babies pulling funny, weird, lovable faces while they are doing their business. The beautifully captured moments are accompanied by the classic tune of Thus Spoke Zarathustra by Strauss.

Laura Gregory comments: "Olly loved Pooface the second he read it… He is a great fan of No2’s!"