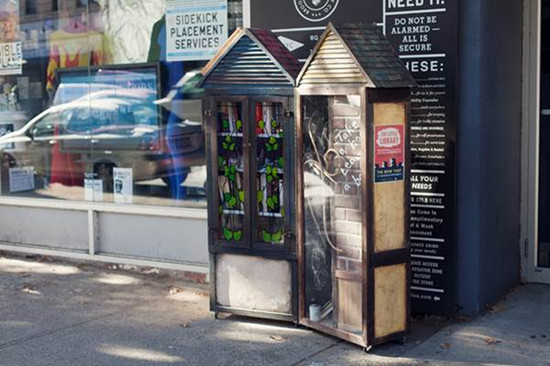 B-Reel has taken a truly novel approach to promoting The Book Thief, the highly anticipated film version of the popular 2005 book that opens November 15. Inspired by the efforts of Little Free Libraries, an organization that encourages the free exchange of books between neighbors, Little Free Libraries take many imaginative forms, but they all provide a place where anyone can take a book or return a book.

Working closely with Twentieth-Century Fox, B-Reel conceived and created two little libraries specifically themed to reflect the story of the novel and film. One of the little libraries can now be found in New York City, while the other is in Los Angeles. Each outdoor library includes scenes inspired by the film, as well as the window that Liesel, the story’s main character, uses to sneak into the library and steal books. A trailer for The Book Thief can be viewed on the side of each little library.