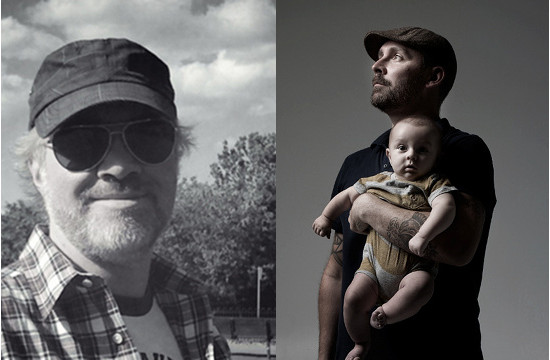 Internationally renowned commercial director and photographer Chris Woods joins the B-Reel UK roster while remaining with OPC in Canada. As well as creating photographic work for brands including  Gatorade, Nike, Adidas, and Land Rover – and shooting  celebrities and musicians which have graced the pages of  Rolling Stone – Woods has established himself as an international force directing commercials for likes of Mini, Volkswagen, Skittles, and Adidas.

Woods’ first work for B-Reel is a ‘Moonrise Kingdom’ inspired spot for Halls, which launched in the US last week Halls 'Ranger'.

The award winning director Patrik Bergh returns to B-Reel UK after a one year hiatus with HSI.  Prior to his first stint with B-Reel Patrik spent a decade as a commercial director with Partizan. Throughout his career Bergh has achieved success in both commercials and short films, directing numerous high profile campaigns for brands including Google, Sainsbury’s, VW, Nissan, Ford and BBC. Additionally Bergh won the 2002 Film Four/Orange Film Competition with his film Veronique.

Trine Pillay, MD of B-Reel London said: “We feel extremely privileged to welcome Chris and Patrik to the B-Reel roster - these additions represent a fantastic start to 2014. Chris has a rich background in photography, and coupled with his Canadian wit we feel our armoury of talent is set when it comes to visual comedy. With a solid reputation in the UK, Patrik also brings a fresh set of skills to the company having directed for some of world’s leading brands. Both will enrich our potential and make a big impact for us in the UK advertising industry, I’m sure!”

Bergh and Woods will add strength and depth to B-Reel’s 14 strong commercial director roster, and compliment the company’s expanding team of award-winning creatives, technologists, designers, writers, strategists, product developers, artists, and producers who create fully integrated solutions to the smartest and most demanding clients in the world.

Chris Woods, commercial director said: “B-Reel has impressed me with both its conventional TV work and the way interactive projects are approached and executed. I love telling stories in a traditional TV commercial format and I'm really excited about the opportunity to also do that in a more extended online format. When B-Reel approached me with a project from W+K London, I was excited and from the start, it was a great fit, we got on perfectly, so it was an easy decision for us to continue working together.”

Upon returning to B-Reel Patrik Bergh said: “To me B-Reel is one of the most innovative production companies out there so I am thrilled to be re-joining B-Reel in London. I am very much looking forward to work with the team of experienced and impressive people that B-Reel has put together in the past year. I feel the company has an exciting future here in London and I want to be part of that.”