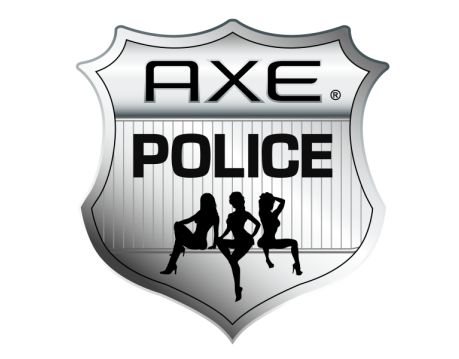 Sa’ad Hussein, Creative Juice\Sil’s Managing Director stated, “AXE has always been a dream brand to work on. The brainstorm sessions were really like bedroom confessions. We’re glad that the clients are brave enough to accept our crazy ideas.”

Following the same line of cheeky humour AXE is known for, the first new brand activation campaign in Malaysia by Creative Juice\Sil is called ‘The AXE Police.’ It features hot policewomen who are out to find and fine men suspected of possessing ‘The AXE Effect,’ but end up getting seduced by these men instead.

In continuation of AXE’s previous activation campaign – where girls were depicted to be giving out their telephone numbers uncontrollably to men with ‘The AXE Effect’ – the policewomen write down their numbers on summons that are issued to the dangerously seductive suspects. The recipients of the summons then have to “give themselves up” on the ‘AXE Most Wanted’ list on the AXE Malaysia Facebook fan page (http://apps.facebook.com/axemostwantedmy/) via a seductive pre-recorded voice message.

Contestants in the search for the most wanted seductive suspects in the country have been actively rallying on the local digital space to prove themselves worthy of being called to trial by the AXE policewomen. All participants need to do is upload a mug shot of themselves on the ‘AXE Most Wanted’ list, submit a creative confession of their crimes of seduction, and get their friends or ‘witnesses’ to vote for their mug shot.

Tanya Teng, Brand Manager for Unilever Malaysia commented, “We struck up a good rapport with the agency almost immediately. It helped that we shared the same excitement and dedication to make the campaign a success.” Teng added, “In many ways, AXE is a fun and interesting brand to work on, so we really explored the options and boundaries before deciding on the idea of The AXE Police emerging to ‘arrest’ guys for possessing the coveted AXE effect. In terms of engaging consumers and expanding the AXE following in Malaysia, Creative Juice really nailed it (no pun intended).”

The suspect with the highest votes and best confession will walk away with a one-year entry pass to the popular night-club, Zouk (http://www.zoukclub.com.my/) and nine other winners will be awarded a new iPhone 4. The contest ends on March 20, 2011.