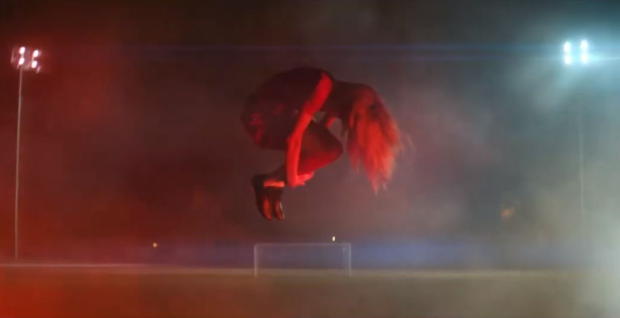 Creative agency Fallon London has teamed up with AXA to launch the thought-provoking ‘Sharing Makes Us Stronger’ campaign, aimed at empowering people to speak up about their mental health and build mental

Fallon London was tasked with creating a campaign demonstrating AXA’s commitment to improving people’s lives while utilising the insurer’s access to high-profile talent at Liverpool FC as part of their sponsorship agreement.

The inspiration behind the campaign is four individuals’ stories about how they experienced difficulties with their mental health and the relief that came from sharing these feelings with friends and loved ones. Content films reveal the lived experiences that moulded the advert, with one, Aiysha Humphreys, creating the spoken word poem featuring in the ad.

The campaign consists of 60 second and 30 second spots, social cut downs and press activity. The hero 60 second spot shows characters inspired by the real stories and Liverpool FC star Sophie Bradley-Auckland opening up to others about their mental health struggles while an atmospheric track and the aforementioned poem play in the background.

In a dedicated short story of their own, Liverpool FC Women’s Captain Sophie Bradley-Auckland and teammates Niamh Charles and Becky Jane discuss their journeys in the football industry, the mental health pressures it brings and who they open up to when they need to share.

The campaign calls for people to change their mind-set to prompt conversations about mental health and encourage people to share their stories and how they feel.

Karen Robson, head of marketing and communications, AXA UK, said: “Sharing Makes Us Stronger is all about empowerment. We want people to feel confident in sharing their thoughts and fears and feel that in doing so they are actively building their mental resilience. Working with Fallon London, we were able to create a powerful advert that highlights the benefits of sharing, inspired by the real-life stories of three individuals and Liverpool FC’s Women’s Sophie Bradley-Auckland.”

Chaka Sobhani, chief creative officer at Leo Burnett / Fallon said: “This campaign isn’t about insurance, but instead highlights the need to talk and the benefits of sharing our thoughts and feelings. People often find it difficult to talk about their mental health, so it’s a bold move for AXA to put this front and centre of the campaign. The initiative embodies real-life stories of people’s struggles with mental health and how they overcame these struggles – a conversation that we feel should be part of our everyday culture.”

AXA has also set up a dedicated content hub on its website, which includes a full length version of the TV spot, the stories that inspired the campaign and information on how starting a conversation can help strengthen mental resilience.