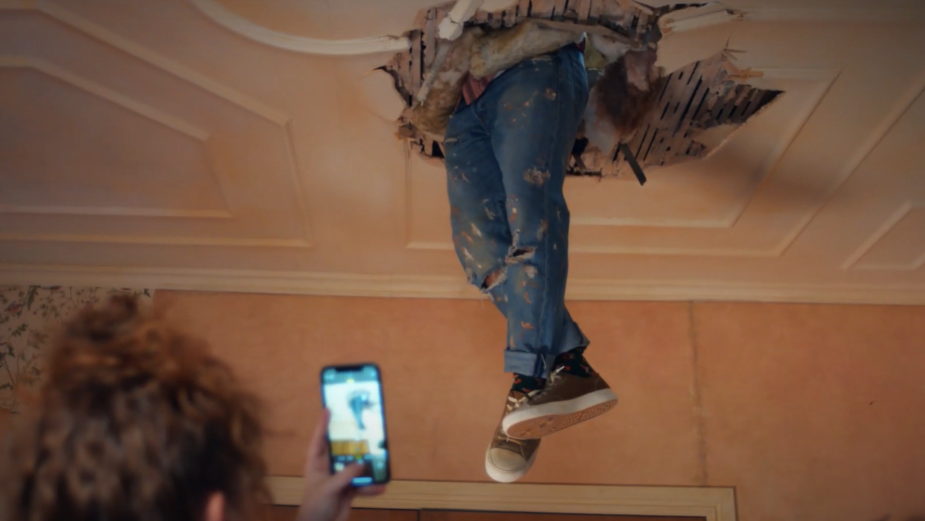 Fallon London has created a new advertising campaign for AXA, to encourage the nation to ‘get back to the good stuff’.

Aimed at customers who might be in the market to re-evaluate their car and home insurance needs, the ‘get back to the good stuff’ campaign aims to reassure customers that AXA can help them get on with life when something happens to them.

Developed by Fallon London, part of Leo Burnett, the campaign will run between 13 September to 21 November 2021 across BVOD and digital audio, with media buying and planning handled by Starcom.

The tongue-in-cheek campaign consists of three BVOD executions, ‘Weather Report’ (30”), ‘Singalong (30”) and ‘Ceiling’ (10”) rolling out on broadcasters including ITV, Sky and Channel 4. Each execution brings to life the moments where AXA gets people ‘back to the good stuff’, by drawing on relatable situations we’re all too familiar with.

‘Singalong’ features a family driving to their holiday home singing ‘wheels on the bus’ only for a pothole to stop them in their tracks. The clip shows AXA stepping in to help get their holiday back underway with a courtesy car they provide. While ‘Weather Report’ features an amateur baker calmly making a seamless online claim to AXA after a tree branch crashes through his window.

Marco Distefano, managing director, retail home and motor, AXA UK, said: “This campaign aims to show - in a light-hearted and relatable way – how insurance protects what matters to people and demonstrates what AXA can do to quickly help customers get back to the good stuff.”

Mark Elwood, executive creative director, Fallon London & Leo Burnett, said: “You’re doing something you love, without a care in the world, that’s usually when life decides to deliver you a curve ball. Luckily for AXA’s customers, there are lots of simple ways they can help you resolve these little issues, faster and easier. Helping you get back to the good stuff.”

The campaign also consists of two radio ads, ‘Bollard’ (30”), which conjures up similar notions to ‘Singalong’, and ‘Smashed it’ (30”), which enlists commentary from renowned football pundit Peter Drury to narrate the story of a child kicking a ball through their parent’s kitchen window – both landing on how easy it was to claim with AXA, stress-free.

CAMPAIGN TITLE: Get back to the good stuff