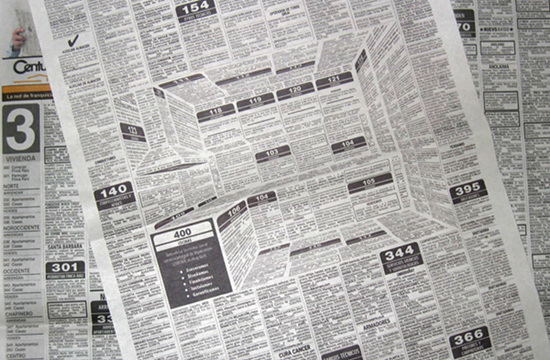 Classified ads are generally the least creative part of a newspaper. They are merely pages of words that have fallen redundant due to eBay.

This piece of work from Colombia, however, isn't playing by the rules. Created by Sancho BBDO Creative Director Felipe Salazar, the page has a hidden kitchen engrained into that's been built with a clever 3D effect on the text. It takes a few moments to notice, but once you do it's almost impossible to take your eyes away. And getting someone to notice an ad in a newspaper at all is a feat in itself.

The headline reads: "The kitchen you are imagining is in HiperCentro Corona". 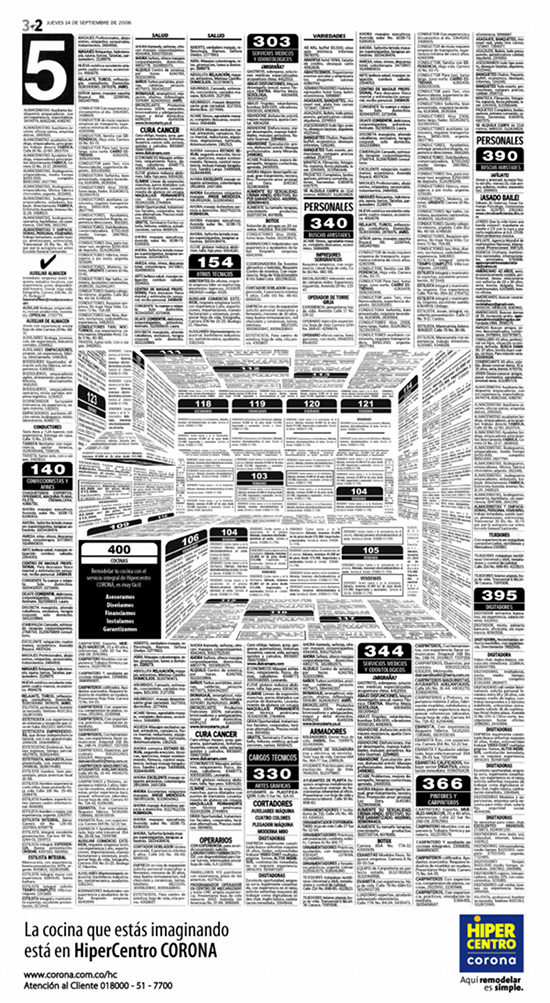