INFLUENCER: Carole Humphrey, Managing Director, GCRS, says she would love to see a return to quality over quantity 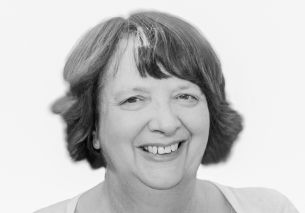 The great and the good of the global creative industry recently flocked to the French Riviera for the annual Cannes Lions Festival. Parties were enjoyed, networks expanded and exceptional work recognised with those highly coveted awards. Many, many awards.

Yet possibly the biggest story to eclipse events was Publicis Groupe’s decision to stand out next year’s festival. The bold move was made in favour of rerouting the huge sum spent on award entries into new AI developments – and with the group’s collective bill in the realms of $2m who can blame them for rethinking the budget.

The vast expense linked to award submissions is nothing new, but with an ever growing slew of additional ceremonies, categories and sub-categories emerging every year, the whole process is in danger of spinning out of control. When you factor in event passes, dinners, travel, accommodation and so on, the bill becomes eye-watering – indeed it was estimated Publicis’ additional expenses reached a staggering $18m.

It is no secret agencies are under increasing financial pressure. Clients are tightening belts and the cannibalisation of the industry is seeing creative and craft disciplines brought in-house or specialist fields such as production and sound absorbed into integrated agencies. So while many have questioned the boycott, I can absolutely see the sense in rethinking outgoings. Awards recognise the culmination of incredible talent and outstanding creativity – all of which require resources and investment. As budgets tighten, can we really justify costly submissions and lavish entertaining?

Industry aside, when we look at what is happening in the world – both on our doorsteps (Grenfell Tower tragedy) and on a global level (issues such as the refugee crisis) – you cannot help but think all that is splurged on accolades and celebrations could, quite frankly, be better spent on causes that matter. Are trophies and medals really that important? It feels somewhat that we have forgotten what our priorities should be.

This is not an issue solely connected to Cannes. Throughout the year barely a week passes without some sort of industry award ceremony, with diary dates cropping up all the time. You would think engineering an award show had become some kind of trend, such is the frequency with which new events appear.

Awards shows are a very lucrative business (Ascential, owner of the Cannes Lion brand, is listed on the London Stock Exchange) that plays to our worst quality – arrogance. Walking the red carpet, feeling the glow of spotlight and the roar of a standing ovation. However, if we are honest, does that garish trophy and website sticker really mean that much? Do we really need a pat on the back from our industry peers each and every month?

That is not to say awards should be abandoned altogether – I think it is hugely important to have game-changing and effective work recognised and lauded. It creates healthy competition and challenges us to push beyond our boundaries. However, we have reached a critical mass, where awards for awards sake are becoming the norm. Just who are we winning these awards for? Our peers? Our egos? Such is the abundance of silverware that it surely will not be long before their value starts to dissipate.

I would love to see a return to quality over quantity – by that I am not referring to the quality of work but a higher standard of recognition. Fiercely contested awards that have weight and authenticity. Awards based on objective adjudication and true merit, not industry politics and entry investments. Less is more, as the old adage goes.