A versatile talent with a flair for comedy, his work ranges from traditional spots to branded content, short films and documentaries 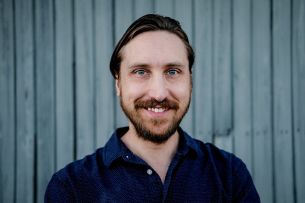 Editor Adam Svatek, whose work runs a stylistic gamut from comedic to emotional, has joined the roster at STITCH. Prior to signing with STITCH he was at the L.A. office of Beast (and its predecessor company, FilmCore), where he started in 2005.

A graduate of the University of Iowa’s Film & TV program, Svatek has spent over a decade honing his craft and building close creative relationships with both directors and agency creatives. His work on brands like AT&T, Experian, Walmart, Pedigree, ESPN and many others ranges from performance-driven comedy to visual storytelling.

Svatek’s move to STITCH was over a year in the making, the editor explains. “I felt it was the right thing in order for my work to grow,” he says. “I see a lot of potential in small creative boutiques that are really focused on the work, and I’m interested in projects that help make this a better world. The opportunity to do those things and make an impact is very strong at STITCH.”

Svatek had worked with STITCH editor Andrew Leggett and producer Liz Katsarelas when they were at Beast, “so I knew this was a place that cared about their people and surrounded them with a great working environment,” he adds. After STITCH’s EP, Mila Davis, first reached out, they kept in touch. “Everyone who’s worked with Mila speaks very highly of her,” Svatek says. “So for me, it was an easy decision.”

He was also aware of STITCH Founding Editor Dan Swietlik’s reputation, both for his work on ad assignments as well as on feature documentaries like the groundbreaking “An Inconvenient Truth.” “That film really raised the discussion of climate change to another level,” says Svatek. “It’s an important piece of work for the global society. When it came to Dan, you just kept hearing his name and hearing about his work. Finally getting a chance to meet him was a little awe-inspiring. It’s hard to believe we’re sharing the same space.”

Svatek launched his career at DEN.net, the early digital programming network that focused on entertainment primarily for teenagers. While there he taught himself Avid and Final Cut, and it’s where his love of editing first blossomed. “When I realised the true power of visual storytelling, I was hooked,” he recalls. “I was never that interested in writing, but assembling clips and elements together to convey a message was something I found challenging and rewarding.”

After a brief stint producing online content he returned to editorial when he joined the L.A. creative boutique Ground Zero as its in-house editor. He next moved to FilmCore, where he was both mentored and inspired by award-winning editors Livio Sanchez and Gordon Carey.

Svatek says he’s drawn to a wide range of work. His reel contains some epic comedy gems, like the non-stop parade of insults two male friends share in the “Smack Talk” series of “Call of Duty” spots for Walmart, or the sad-sack performances of a few wanna-be golf pros in his campaign for Ping. “I like quirky comedy,” he confesses. “The awkward pause or those uncomfortable moments that, when timed right, make you laugh. You can feel it when you’re editing dialogue that seems conversational while hiding the fact that it isn’t. And who doesn’t like making people laugh?”

His work in the genre includes a brilliant promo for the 2015 Film Independent Spirit Awards that’s a dead-on parody of “Birdman.” Starring Fred Armisen, Kristin Bell, Miles Teller, Adam Scott and Bill Hader, it captures the offbeat pacing and ‘one-shot’ narrative gambit of the Oscar-winning feature perfectly. Another example is the short film he edited for the writer, director and comedian Tyler Spindel. Titled “Love and Germophobia,” it stars TJ Miller as a guy who just can’t seem to find the empathy for his sick girlfriend, who really needs his support.

“On the flip side, I’m also attracted to causes that make our world a more livable place, or to the poignant message in a documentary that motivates people to act.” He cites as an example a 2:45 mini-doc he edited for the Coalition for Engaged Education. “It was a passion project directed by Erin Heidenreich that tells the story of a school program in Lennox, California designed to give at-risk kids a chance when they need it the most,” he explains. “My wife is a teacher, so education is very important to us.”

Svatek feels projects like these reveal the dual sides of his work as an editor, and he’s looking forward to continuing to develop both at STITCH. Most recently, he collaborated again with Heidenreich on a documentary that premiered in November at the DOC NYC Film Festival. Titled “Rising Sons,” it’s a gripping portrait of a radical new program aimed at ending the rampant rape of women in The Democratic Republic of the Congo. “I’m very, very proud of this film,” Svatek says.