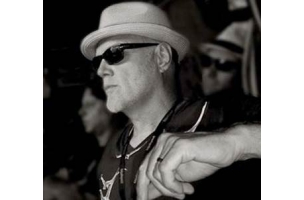 Global Production company, Pointblank Productions, is welcoming Nicholas Reynolds to its roster of celebrated talent.  He has directed commercials for some of the world’s most iconic brands and major ad agencies, winning a raft of international awards along the way.

A highly acclaimed director, Reynolds counts multiple Cannes Lions to his name.  His work for “LynxJet” was the lynchpin of the highly acclaimed campaign that performed brilliantly in award shows and earned plaudits everywhere.

Reynolds has a breadth of knowledge and experience in commercial directing, with work ranging from concept-based productions and SFX to comedy dialogue, sports, and celebrities and beverages.  Working with a number of established global advertising agencies - including Ogilvy & Mather, Leo Burnett, and BBH - his reel includes high profile work for brands such as Specsavers, IKEA, Lynx, Virgin, Nestle, and Coors Beer.

Reynolds will join an impressive mix of directorial and photography talent on the Pointblank Productions books, including Dominic Savage, Chris Floyd and John Lloyd.

Stephen Gash, Managing Director, Pointblank commented: “It was a real honour to invite Reynolds to become a part of Pointblank Productions. His deep-rooted directorial experience will be invaluable and we couldn’t be happier to be working with such a pioneering and celebrated director.”

Nicholas Reynolds, added: "Sometimes you get the feeling that some things were meant to be and my meeting with Stephen (despite being a Chelsea supporter) and Martha was testament to this. I’m genuinely excited about joining a great team at Pointblank.”