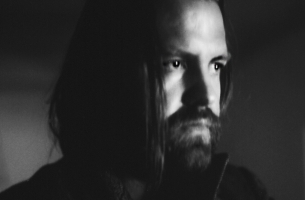 Versatile and visionary director Carl Erik Rinsch has signed an exclusive contract with Filmmaster Productions for representation in Italy and the Middle East.

A truly versatile artist, Carl Erik Rinsch is – at only 35 years of age – a prominent personality in the advertising business. Helming spectacular films, Rinsch has mastered the ability to mix technology and FX with his powerful gift for storytelling. The result is a perfect chemistry between technological skills and high-level emotions.

Despite his young age, Rinsch has already realized several outstanding films, making him one of the most important personalities in the field.  He has taken the lead on many award-winning commercials for top global brands such as Mercedes, Audi, BMW, LG, Samsung, Philips and Absolut. One above all, his short film The Gift created for the Parallel Lines’ campaign by Philips Cinema, has won two Golden Lions at the 2010 Cannes Advertising Festival and one Cannes Grand Prix. Furthermore, Rinsch has been nominated Best New Director at D&AD Best New Director, and in 2015 he was included in the prestigious Saatchi and Saatchi’s News Director’s Showcase in Cannes.