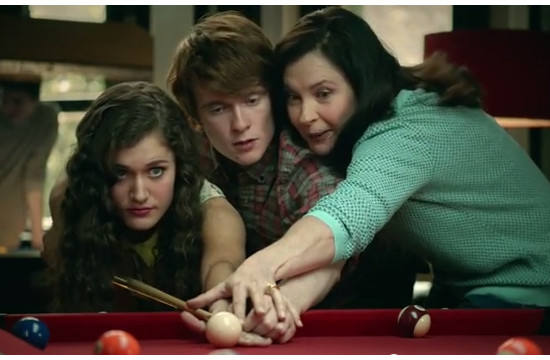 Australia Post has launched a new campaign, via GPY&R Melbourne, across TV, digital, social and in-store to promote a range of products for teenagers.

Created by GPY&R and directed by Plaza Films' Paul Middleditch, the two TVCs are the first of their type from Australia Post to target young adults in the company's 200 year history.

As every teenager knows, there’s nothing more embarrassing than your own mum or dad. Thankfully, Australia Post's Keypass Proof of Age Card and Load&Go Reloadable Visa Prepaid Card give teenagers a fighting chance to be more independent from their folks, and they give parents peace of mind knowing their kids’ transition to independence is made easier with Australia Post.

Megan Hair, Marketing and Communications Manager at Australia Post, said “This is a new and exciting campaign for Australia Post. It is the first time we have targeted the youth segment and we think the TV commercials GPY&R have created and developed will appeal not only to youth but also to parents. We are very excited and looking forward to a positive customer response from this campaign.”