The Influencers 421 Add to collection

INFLUENCERS: As the LIA marks its 10th year of judging in Las Vegas, Faris and Rosie Yakob take a look at what the NEW is all about 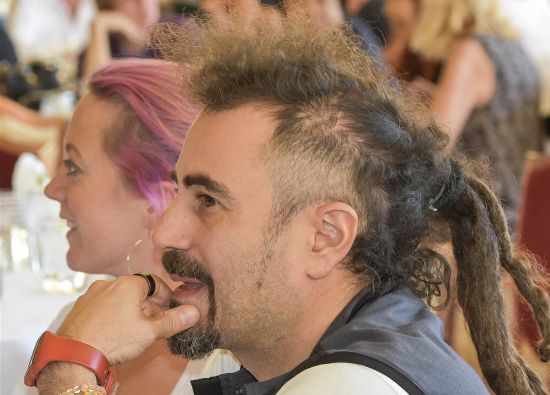 Anniversaries are celebrations, first and foremost.

This year is the tenth anniversary of the NEW@LIA Awards.

The 50th anniversary of the founding of the discipline of account planning (which injects rigour in the subjective alchemy of the creative process).

The 20th anniversary of the launch of Google (which changed the industry in innumerable ways).

And the fifth anniversary of the founding of our nomadic creative consultancy Genius Steals.

These are of course arbitrary but nonetheless meaningful, to some more than others - moments of punctuation that remind us to reflect on what we have all been doing and what we intend to do in the future. The present is an ever-shifting fulcrum, weighed down by learning and regret on one side and hopes and fears on the other.

The NEW is about optimism and orientation. It is about creating a space to recognise ideas that don’t fit inside the old media boxes and an incentive structure to encourage more of those kind of ideas. It is so very tiresome when agencies decry the awards they invest so much money, effort and emotion in, for awards are simply advertising for the advertising, judged by a collection of our most eligible peers.

Yes, advertising is a drill and not a hole; of course efficacy for clients is the only true measure of excellence. But efficacy is not the only measure of possibility, nor is it a viable measure of reputation for agencies, so far removed from their clients' core businesses that they no longer even have access to clients’ sales and profitability data - and even if they did have access, such data is often confidential regardless. 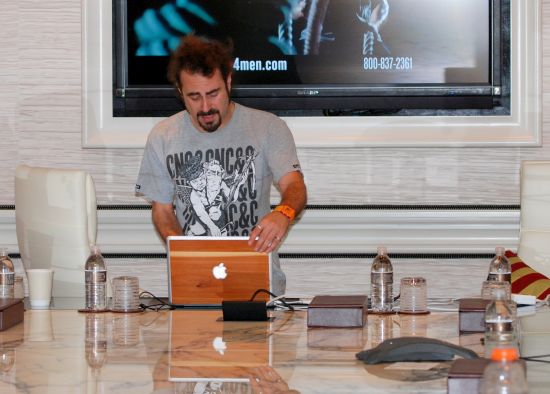 Faris at the first Creative Conversations in 2012

Everyone complains about awards until they are winning them. Of course the festivals and corresponding expenses at certain shows is otiose, especially in an industry under such margin pressure that it is unable to retain talent as it ages - or has a family - and is forced to glorify working at the weekend in order to eek out a few more billable hours from young talent. That’s why the LIA Awards cancelled their award party years ago and instead invests in paying for young talent to come to the judging, to see the work, meet the judges, see the talks and observe the judging process. Investing in the future is key.

Things are changing, faster and faster, and whenever some old hand says something stupid like 'digital is just a new channel' they should be rightly called out. If the internet is just a new channel - well look at the world around us, outside of our tiny slice of relevance, and tell me that everything is stable, the same as it ever was. The future is hope and it is fear - the NEW is designed to focus on the former, for the sake of the industry.

Whenever you hear the 'death of' narrative proclaimed by prophets however, be on your guard. No medium has died (despite our sins) ever. The death of the 30-second spot, of strategy, of interruption, of media, of television, of digital, of content. That’s just wishful, apocalyptic thinking, designed to excuse us from making changes in the present. Throwing our hands up in the air and saying "oh woe is the industry, the end is nigh" is - as it is with all apocalyptic predictions - an excuse to not fix the problems we have wrought, or tackle the challenges and opportunities newly open up to us.

Modern art is the research and development of humanity and the advertising industry. The avant-garde, experimental, radical, unorthodox work which challenges our conceptions of what work is and can be - that’s what the NEW is there to encourage. The avant-garde is about pushing boundaries, it promotes social reform. In an industry struggling under its own hubris in an age of uncertainty and an unforgivable lack of diversity, as talent bleeds out into our former partners and providers, as people block and skip and generally do their best to ignore the fruits of our labours, there has never been more of a need for the NEW, for avant-garde advertising that earns attention, resonates in culture and highlights new paths forward.