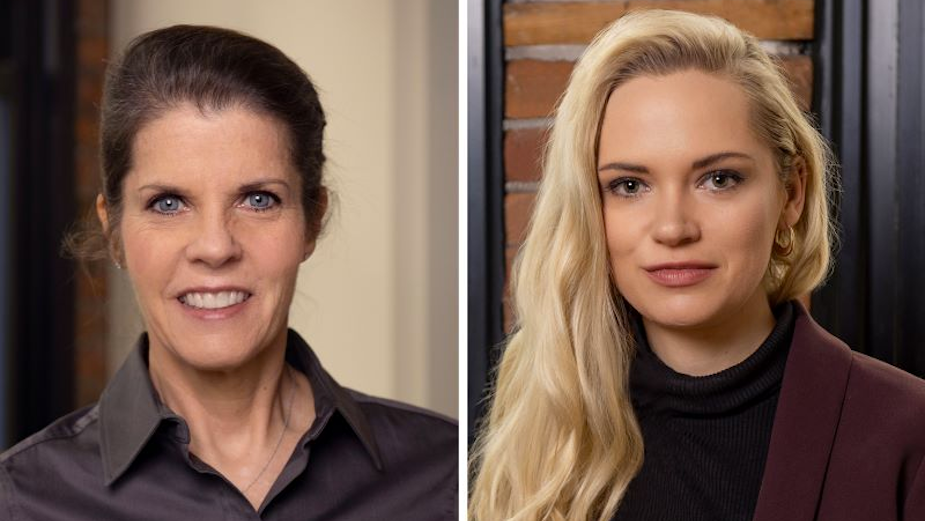 Avalon Films, long a stalwart of the Detroit advertising community, is taking the bold step to retire its brand name as it merges its roster, its service offering, its marketing and its leadership with sister company Hudson.

Now known simply as Hudson, the company, co-founded in 2006 by director Larry August and his late partner, the EP Audrey Pask, offers full concept to completion production and post services under the leadership of Kristin Redman, who’s been promoted to the position of managing director and executive producer. Joining Redman is a new hire, Wiebke Engel, who joins as an EP, coming over from her position as producer at the Detroit office of MRM, part of the McCann Worldgroup.

“Our goal grew out of several trends in our market,” explains Larry about this marriage of convenience. “We’re seeing many more projects being bid as ‘all-in,’ in which the production and post are integrated as a single package. Those are very attractive opportunities for a company such as ours – so unifying both parts of the process under one name made sense.”

Avalon has been a mainstay of Detroit commercial production, working not just for regional and local agencies and clients but national ones as well. In 2013 it launched Hudson Edit, its creative editorial and post production studio, which expanded in September of that year when it moved into its current home in the historic Wright-Kay Building in downtown Detroit.

Larry says that bidding the Avalon name goodbye was not a decision reached lightly, “but Hudson has generated lots of momentum and awareness over the years,” he adds, “so we felt it was the best choice for uniting our identity and culture.” Tapping Kristin for the top management role, and adding Engel as an EP, are integral parts of the brand refresh, he adds: “Kristin will continue to run the post side of the business, while mentoring and guiding Wiebke as she grows into her role as Executive Producer. She’s been leading Hudson quite successfully since we opened in 2013, after running START at Universal Images for a number of years before that. She has a deep knowledge of both production and post, and great instincts for what we need to do to be successful. And she’s widely respected by both clients and our peers.”

Kristin sees these moves as setting the stage for the company’s next chapter. “Now’s the time to bring all of Avalon and Hudson’s strengths together,” she notes. “As Larry mentioned, many projects are bid all-in. While we want to be well-positioned for those opportunities, we also want to be sure the market understands that we’re available for production-only jobs, as well as post-only projects.”

With a goal of growing the production side of Hudson – with Wiebke at the helm – while also maintain its edge in post, Kristin says she’s excited to have a strong force leading the charge. “Detroit needs a vibrant new production team,” she says. “There are so many amazing creative people and visionary clients based here. That’s why we feel the time is right for Hudson.”

Larry notes that Wiebke’s post is a new position, and that she was perfect for the role. “Wiebke’ s one of our favourite clients, so we were very familiar with her strong creative sensibilities, her attention to detail and her fantastic people skills. We consider her one of the smartest and savviest young women in our industry, someone who could build relationships with both directors and agency clients to help propel Hudson forward as a high profile production resource.”

“Wiebke’s understanding of the agency world is hugely important in establishing credibility with our clients on both the agency and brand sides,” adds Redman, who herself was head of production at Leo Burnett’s Detroit office before crossing over to the post production side. “It’s what helped me thrive when I left my agency job. Wiebke understands how the system works, and that's key.”

For her part, Wiebke is super-excited about the possibilities for Hudson to grow and expand. “As an agency producer, I've thoroughly enjoyed working with everyone here for several years now,” she comments. “Beyond that, Hudson is a brand that’s known for its talent and the high level of work it turns out, as well as for its problem solving skills and creative integrity. These are accolades that are well-deserved.”

Wiebke says her top priority will be to strengthen Hudson’s live action business while bolstering and diversifying its roster. “We’re also going to focus on enhancing our existing client relations while reaching out to build new ones,” she notes. “Our clients’ trust, and the confidence they have in our work, is the currency we’re building on. Ultimately, it’s what makes the difference.”

The folding of Avalon into Hudson, along with the promotion of Kristin and the hire of Wiebke, caps a busy year for the company, despite the limitations posed by the pandemic. “We’ve been fortunate to work with a number of loyal clients on both production and posts projects over the past year,” says Redman. “We have a solid team here, and that's what helped get us through this difficult time. We’ve been handling both production and post remotely, and have shot in Detroit, California, Arkansas, Colorado and New York during the pandemic, adhering to strict protocols and without incident.” Among the brands for which they’ve worked, Redman adds, are Quicken Loans, Cadillac, Chevrolet, Cleveland Clinic and Ally Bank.

Looking forward, Larry sounds energised about all the changes taking place at the studio he and Pask launched so many years ago. “When we tragically lost Audrey, we lost the person who was most strongly associated with the Avalon brand,” he says. “So I think everyone here is ready for the next chapter. We needed a bold, positive and exciting way to reframe who we are and what we do. It’s like Kristin says. The time is right for Hudson.”