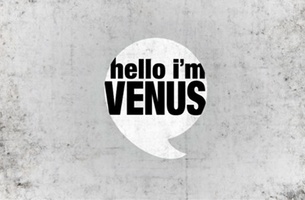 Hello I’m Venus, a leading agency specialising in marketing to women, has today disclosed some of the findings from a survey they commissioned to determine the purchasing behaviour of females when it comes to buying a car.

The survey, exclusive to Venus Lab*, was conducted online in January 2014 and included a total of 410 women between the ages of 30 and 60 years.  There was also an even representation of age segments in this study.

It’s not automatic – they are shifting gear

“Our latest survey confirms the popular view that women are active in the decision making process when making major family acquisitions, and it’s certainly not a “man’s world” when it comes to deciding which car to purchase for the family,” said Bec Brideson, Director of Hello I’m Venus.

In 75% of cases, women believe they conducted more thorough research than their partner when considering purchasing a family car.  “This insight that women research more online could well be attributed to their need to have the facts before being faced with the “car dealer” scenario.  Dealerships and women are notoriously odd bedfellows,” Bec said.

35% consider themselves solely responsible, while 40% believe this is conducted equally between them and their partner.  However when it comes to making the final purchasing decision, only nine percent of women said this decision was made by the partner/husband.

Women in their ‘transitional years’ 30 – 35 (beginning a family) and 50 – 54 years (empty nesters), are most likely to have the final say when buying a new car.

Only 1 in 10 women feel understood by car advertising

“As for how effective car advertising is in the engagement of women, this survey confirms that car brands continue to under deliver in terms of connecting.  Given the overwhelming participation of women in the research and final purchasing stages, car brands are overlooking a massive opportunity,” Bec added.

Only one-in-ten women believe automotive advertising understands them and their buying decisions, a proportion that is largely consistent across all age groups and geographies.  However women in NSW and Victoria mostly feel more negative than positive towards how well they are understood, with one-in-three believing they are misunderstood.  A portion of just over half the women (53%) are neutral, likely to be 35 – 39 years, and from South Australia or Western Australia.

Which brands get her revved up?

During the survey women were asked to list car brands in order of favourability.  And here it is evident that car brands have done little to differentiate themselves to women.  The top five brands listed as the most desirable were Toyota, Mazda, Holden, Hyundai and Ford.  Of these, Toyota, Mazda, Holden and Ford also rated in the top five for secondary brand of choice and least favourable brand. Toyota polarised women with 14% least liking it, and 17% most liking it.

‘Prestige’ car brands failed to rank highly.  The topmost was Volkwagon yet this was nominated by only one-in-sixteen women as their preferred car.

And, service stations take note.  When asked if they would go out of their way, or pay for pump service attendance, a staggering 80% said they would not.  The least likely to access this service were women aged 55-60 years, and those from South Australia.  “This goes to show how independent women are with their cars overall.  From research to purchase to maintenance, they are taking control,” Bec said.