Australian Pork Gets to the Point 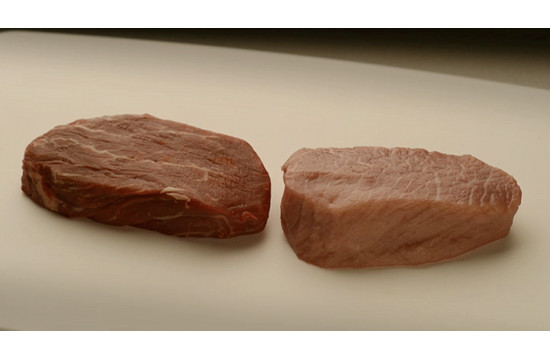 Australian Pork Limited has released the first ad of a new 15-second campaign that challenges the myth around lean Australian pork’s fat content.
APL’s General Manager of Marketing, Peter Haydon, said: “Our brand tracking told us that whilst our current creative has improved the ‘healthy’ perceptions of fresh pork, it has also improved the health perceptions of beef, lamb & chicken. Whilst we’re happy to support the category, we want to give Australians a clearer reason to get more pork on their forks ”
It’s the first work created by APL’s newly appointed agency, Noble Brands Worldwide, and was presented as part of their successful creative and strategic pitch.


“Over the last few years, Pork’s ambition has been to get back on as many protein ‘radars’ as possible. And the brand has been doing an amazing job of that - constantly punching well above the weight of its media spend,” said agency Creative Director, Monty Noble.
“The amazing fact about lean Pork is that it has half the fat of red meat. The ambition of this new work is to bring this rational health claim to life in a simple yet interesting way that stops grocery buyers in their tracks and causes even more of them to change their perception of pork as a protein source.”
The 15-second TV ad directly compares a Pork steak to its better-known beef counterpart. Via a simple demonstration, the viewer is left in no doubt as to which steak has less fat.
The commercial was directed by Peter Moss and produced by Les Luxford through UFO Films with post-production by Fanatic.