Australian Out of Home Revenue Rises For Seventh Consecutive Year

In December, the industry posted a monthly net media revenue of $78.5 million, an increase of 13.2% 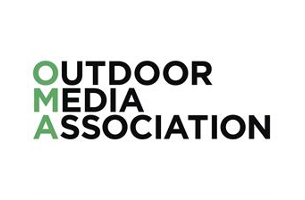 “It’s undeniable that OOH is on the rise. According to the CEASA 2016 half-year update, OOH and Online were the only media channels to experience growth, with OOH overtaking revenue spent on regional television advertising. And as our cities become more populated – 94% of Australians are expected to be living in cities by 2050 – OOH offers the biggest audience in town. This puts us in a very enviable position as we head into 2017,” said Charmaine Moldrich, CEO of the Outdoor Media Association (OMA).

According to the 2016 MOVE data update, OOH audiences grew 20.3% over the last six years, over-indexing population growth of 13.0%. “We know OOH is becoming more than the channel with the biggest reach, it is increasingly a targeted and accountable channel,” Moldrich went on to say.

“Our intention is to keep abreast of this rapidly changing media market and in 2017 our world class Audience Measurement System – MOVE – will be enhanced through the integration of customer data from emma (Enhanced Media Metrics Australia). This will give media planners the ability to segment audiences like never before by delivering more relevant and targeted messages. This is going to be a very powerful tool in the OOH arsenal, if not the game changer, in the years ahead,” Moldrich said.

“I know that in 2017 we will keep building on our success; we will be launching our Automated Transaction Platform which will make the buying and planning of OOH easier, alongside the launch of OPEN3, the third book in a series that showcases the best of the best OOH creative from across the globe. We will also continue to work across all levels of government promoting the utility that OOH, through its connected signage network, can offer cities. I am looking forward to working with the OMA’s Board and members to achieve this ambitious program,” Moldrich concluded.

· Roadside Billboards (over and under 25 square metres): $89.3 million

* The previous year’s figures have been adjusted to reflect changes in OMA membership to allow for direct comparisons in revenue year-on-year.

^ Reported in this category are: shopping centre panels, as well as all place-based digital signs including office media – covering signs in lifts and office buildings, cafe panels, and digital screens in doctors’ surgeries and medical centres.

** Figures may not add to total due to rounding.