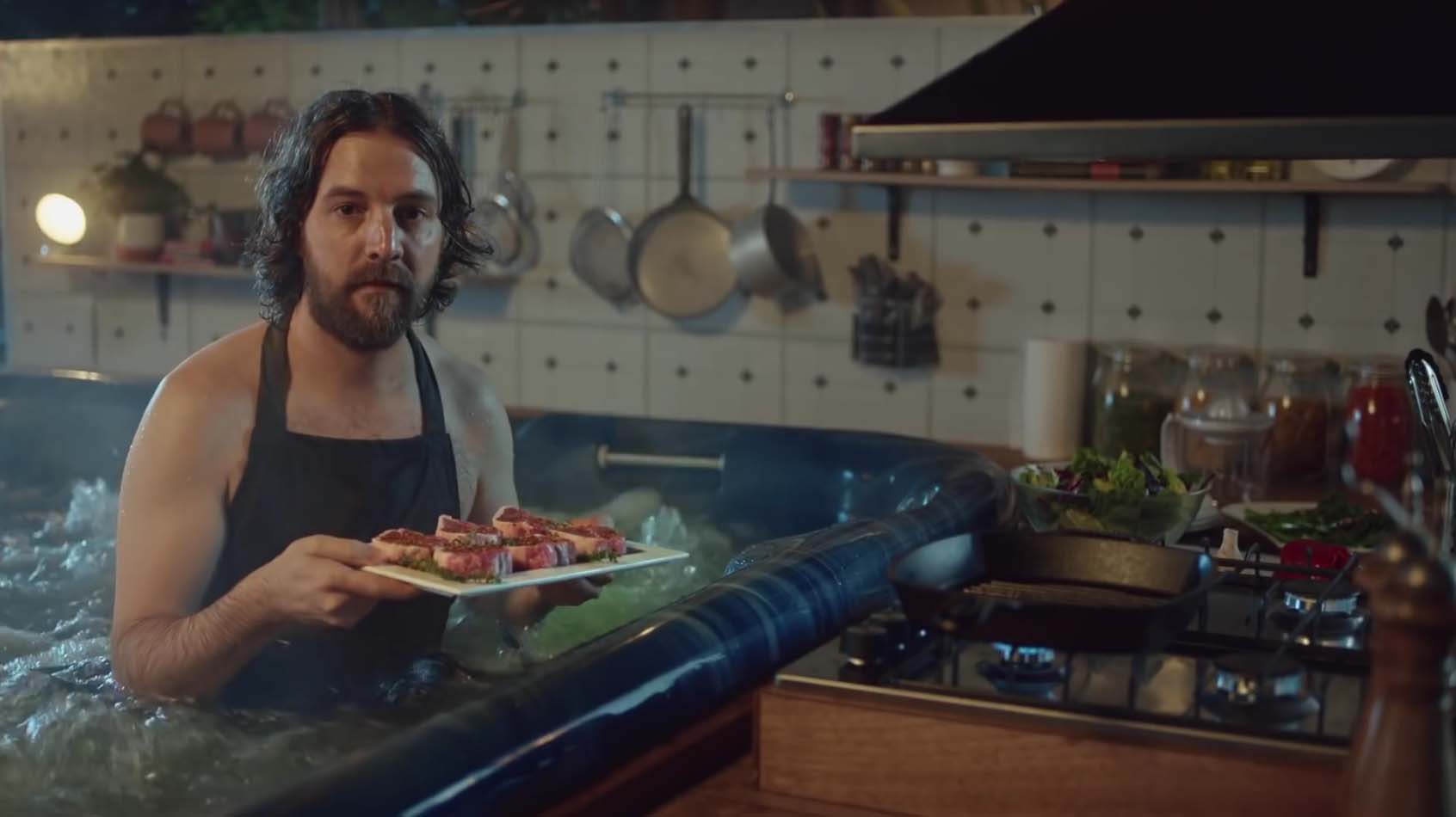 Titled 'Too Easy' and directed by Matt Kamen via Goodoil Films, the series of two spots play on the common Aussie vernacular through two scenarios - a man in a hot tub and a woman on a massage table - showing that preparing a delicious Lamb meal is so easy you can do it with the minimum of effort.

The integrated campaign is the first to feature the new brand line 'Share the Lamb', an evolution of 'You Never Lamb Alone'. The new line continues to celebrate Lamb's long history of bringing Australians together while actively inviting people to connect with loved ones over a delicious lamb dish.


The 'Too Easy' campaign will appear across TV, digital, social, OOH and radio from today, while PR will spread the message across earned media in the coming weeks. In-store activation and point-of-sale will support Australian Lamb sales with retailers.

Media agency UM will introduce and drive awareness of the content to Australians through a broadcast strategy across TV, radio and social and via a Broadsheet partnership. To help communicate Lamb as the easy option to bring people together, this activity will be followed by product focused messaging across small format transit Out of Home and a locational-based mobile campaign.

One Green Bean will amplify the campaign via earned media with research into 'too easy' favours along with recipes to inspire Aussies to get cooking with lamb this spring to repay friends and family for favours.

Says Graeme Yardy, Domestic Market Manager at MLA: "We want to remind Australians that it's easy to bring people together over lamb, no matter the occasion. This campaign celebrates the classic Australian 'too easy' culture and builds on lamb's core positioning of unity and inclusivity.

"Australian Lamb is such a versatile meat, with many cuts, and works with many flavours, we wanted to make sure the food was central to the campaign storyline."