The 'GenW' TVC features people from all levels of football, from the grassroots to the elite, who are part of the groundswell that forms female football 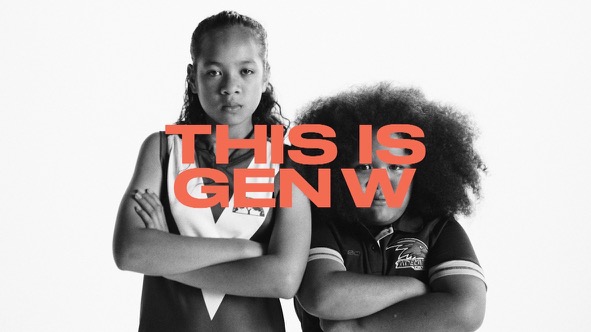 Clemenger BBDO Melbourne and the Australian Football League (AFL) have today launched a new brand positioning for AFL Women's ahead of the sporting code's NAB AFLW Competition opening round on Saturday February 2nd.

GenW has been created to showcase the diverse group of people that form the AFLW's growing and incredibly passionate fan base.

From older women who never got a chance to play, to young girls relishing the opportunity to participate at the elite level, GenW is about celebrating the growing community of passionate AFLW fans, whatever their background.

The campaign will run across TV, digital, OOH, social, press and at-matches through the NAB AFL Women's season.
Says Katie Hynes, AFLW & Female Football marketing manager: "AFLW is for everyone - young, old, male, female. It's brothers playing alongside sisters, the dad who is proud, the women who never got to play and those who show us they can.

"GenW is a term that encapsulates the many and varied individuals that come together  to make female football the force it has become. It is an opportunity to emphasise that women's football is much bigger than the game itself."

Says Hilary Badger, senior copywriter, Clemenger BBDO Melbourne: "It's important that we celebrate the strong and fabulous women and girls who play AFLW. But how amazing to have the chance to hero the community behind those women too. The production itself also celebrated women's ability, from two women producers to a writer and the director."

To view the campaign or to find out more about becoming part of GenW, visit womens.afl.
view more - Creative