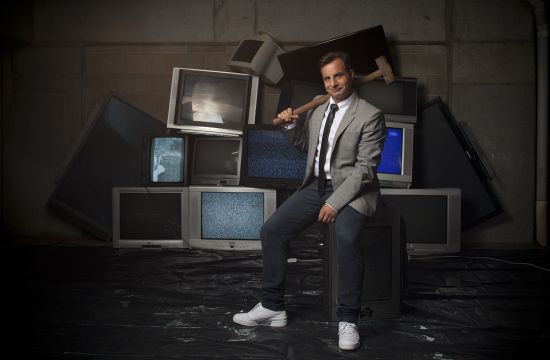 The team behind the most complained about comedy radio program on ABC Radio National is turning to crowd-funding to launch its own digital comedy sweatshop.

For ten weeks A Rational Fear’s team of comedy writers, journalists and filmmakers will produce Australian satirical comedy web content for a hungry internet audience, and is asking Australian comedy fans for financial support to make it happen.

“We were forced to go direct to the general public in order to continue our brand of evidence based shit stirring when the government shut down the Comedy Commission,” creator Dan Ilic said. “Unfortunately we don’t have an $880 million dollar tax refund to throw at this, but there is an audience for it. Australians have been crying out for more comedy news ever since Channel Seven axed Today Tonight.”

Head writer Lewis Hobba is not as confident. “Honestly, I’m a bit concerned that there won’t be anything for us to write about. Australia is perfect,” he said, showing appropriate respect for the home team.

A Rational Fear started off life as a comedy podcast and quickly made the transition to being broadcast on Sydney radio, then broadcast around the country on ABC Radio National. It has been performed live with sold out shows at Splendour In The Grass and the Sydney Opera House. “We’re often likened to Australia’s Daily Show, but we’re more like Q And A on Crack,” Ilic said.

In its two-year existence A Rational Fear’s live shows have attracted some of the biggest names in Australian comedy, media and politics. Creator Dan Ilic is no stranger to controversial comedy, from his work on television (The Ronnie Johns Half Hour, Hungry Beast, Can of Worms) to his work on stage (Beaconsfield: The Musical).

Ilic is buoyant about the prospects. “We’re excited that Craig Thompson’s now available to write comedy premises for us, but it depends on how much money we raise as to whether we give him a company credit card.”

As well as being a razor-sharp satirist, Ilic is also represented as a director by the Motion Picture Company.