We pick out our favourite work from the past year 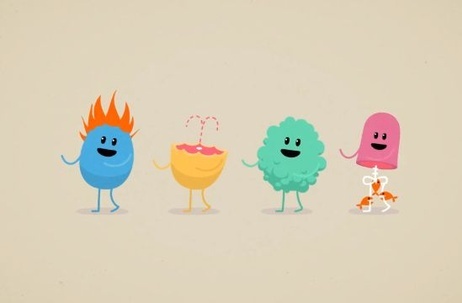 It’s been a bumper year for the Australian and New Zealand advertising communities – and there’s a fair few campaigns that have made it into our picks of the past year. The LBB team presents our personal highlights – but as ever, it’s just our opinion. Have we missed any of your favourite Australian or New Zealand pieces of work? Let us know on Facebook and Twitter (@lbbonline).

An exuberant addition to GPY&R’s Schweppes work, brought to life by Revolver’s Steve Rogers. The combination of childhood hillside roly polies and an HMS Pinafore soundtrack adds up to a whole bundle of fun.

Over 45 million hits and counting – it’s amazing what a bit of jaunty songsmithery and comedy violence can achieve. John Mescall, McCann Erickson Melbourne ECD, teamed up with muso Ollie McGill for a local rail safety campaign that went global.

Dogs. Driving. But of course. In order to prove that rescue dogs are trainable and lovable, the SPCA and MINI teamed up with Draftfcb Auckland in a pet adoption campaign that hit headlines worldwide.

Have Havas and Finch saved the long distance relationship? Together with Durex, they’ve created prototype his ‘n’ hers undies that allow lovers to connect via touch over the Internet. On a more serious note, the Havas/Finch partnership has also produced the inspirational ‘Stongest Arm in the World’. The project for muscular dystrophy charities Save Our Sons and the Duchenne Foundation resulted in a robotic arm capable of signing 8,500 signatures per day on a petition.

Air New Zealand have garnered a bit of a reputation for their off-kilter safety videos, but with their recent efforts they’ve surpassed even their own standards. The launch of The Hobbit inspired a Middle Earth-themed ‘elf and safety video and a Tolkein-esque twist on the inflight experience, which included hobbit foot flight socks and a Bag End baggage carousel. And then there was Bear Grylls.

DDB New Zealand follow the fate of an unfortunate Father Time who is rendered redundant by the recording and on-demand facilities of Sky Television. Directed by The Sweet Shop's Steve Ayson.

Nappies ain’t the most glamorous products to work on, which is probably why most campaigns understandably shy away from the grim reality of baby droppings. Not this ALDI campaign from BMF though – the little cherubs in this piece of comedy gold are far from angelic.

Clemenger BBDO Melbourne rev up a car chase with a difference in this cleverly executed spot for Carlton Draught.