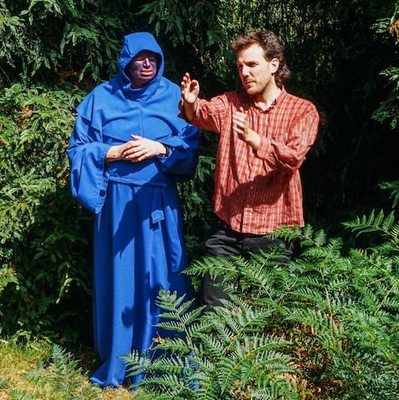 The latest music video to be directed by Cohen has also landed. Courtney Barnett's 'Need a Little Time' is Cohen's sixth collaboration with the recording artist, this time for her anticipated second solo album 'Tell Me How You Really Feel'--and has already been selected as a Vimeo Staff Pick.

'Need A Little Time' honours Cohen's singular and eclectic style which draws on a diverse range pop culture references, and places Barnett in an asteroid-filled milky way by way of elaborate teleportation--playing true to the kind of imagery that the Australian music industry love him for.

Says Leah Churchill-Brown, EP, EXIT: "I got hooked on Danny's visual sensibility from the treatment and boards for his Courtney Barnett & Kurt Vile clip, and wanted to sign him immediately. Danny's use of visual humour and wit, and his playful sense of storytelling is bold in quite an epic and singular way--a rarity in an oversaturated marketplace."

It's this track record that has Churchill-Brown excited about Danny's foray into commercials.

Says Churchill-Brown: "Like EXIT founder Garth Davis, Danny comes from a background in design and photography. Garth signed Danny because of his unique voice, but also as he brings a very contemporary and commercial aesthetic to his work--so we're beyond excited to see what he brings to his work with brands."