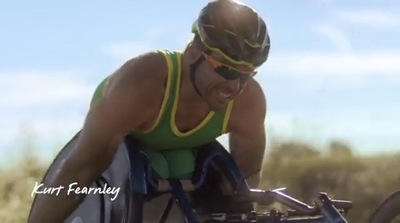 Woolworths, the official fresh partner of the Gold Coast 2018 Commonwealth Games, has launched 'Grown for Gold', a campaign via M&C Saatchi Sydney, aimed at inspiring Australians to rally behind our local athletes at the Games and tell the stories behind how they have become champions.

Drawing parallels between Australia's beautiful produce and how it has helped to grow some of our best athletes, Grown for Gold puts Woolworths Commonwealth Games athlete ambassadors at the heart of a multi-channel campaign that will roll-out over the coming weeks.

Says Andrew Hicks, director of marketing, Woolworths: "It takes the best produce in the world to help grow the best athletes in the world and it's no coincidence our Aussie athletes do so well at the Commonwealth Games given the great quality fresh fruit and veg they they grow up eating here in Australia.

"The Grown for Gold series is an authentic, emotional look into the lives of our Aussie athletes. It showcases where they've grown up, the people that have moulded them and the food that has fueled them to make them into the great sportspeople that they are today.

"As the proud fresh partner of the Gold Coast 2018 Commonwealth Games, we're ready to cheer on our Aussie athletes and fuel our country with fresh fruit and vegetables that have been proudly grown for gold.

"It's an honour to have the Games in our own backyard and customers shopping at Woolworths can expect to be immersed in the atmosphere of the Games across the Country, with a winning spirit in the air, no matter what store they shop in."

The campaign will be supported across multi-channels including TV, digital, radio, in-store, out of home, print, catalogue, PR and social. Woolworths has also wrapped a tram travelling around the Games precinct, welcoming locals and visitors to the 'Green and Gold Coast'.