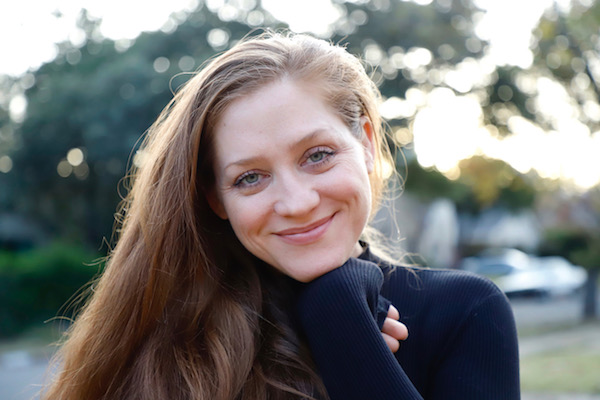 Frizzell’s debut feature film Never Goin’ Back World Premiered at Sundance 2018, recently screened at SXSW, and was been acquired by A24. With Lucky 21, Augustine will apply her signature directing talent, where character and performance shine, to branded and commercial projects.

Written and directed by Augustine Frizzell, Never Goin’ Back features breakout performances by Maia Mitchell and Cami Morrone in an irreverent story of two friends, Jessie and Angela, who take a week off to go to the beach. Too bad their house got robbed, rent's due, they're about to get fired and they're broke. Now they have to avoid eviction, stay out of jail and get to the beach, no matter what. The film is a comedic ode to the strength of friendships in the face of adversity, and a nod to the bonds Augustine experienced growing up.

“Augustine is a storyteller who reveals heartfelt truths through character and comedy, with films that are bitingly hilarious, and intimately revealing,” notes Lucky 21 CEO Tammie Kleinmann. “She brings a vibrant energy and openness to experiences which we know will translate into exciting and original branded and advertising projects.”

Where the world of cinema seemed vast and distant to a young Augustine, music was in her family’s lineage. To combat stage fright in what she presumed would be a career in music, she enrolled in acting classes, which ultimately led to her first exposure to advertising. On set on both commercials and indie films, Augustine’s experience in film grew into her passion.

Writing, which began as a private escape, eventually came to the fore in short films she also directed - Minor Setback, I Was A Teenage Girl, and Clean, which premiered at SXSW. This led to the development of the spirited, big-hearted Never Goin’ Back, semi-inspired by her own youthful misadventures, which will be released by A24 this year.

Augustine was introduced to Lucky 21 by Toby Halbrooks who produced Never Goin’ Back and is part of the directing team Sailor Bear, also represented by Lucky 21.

As Augustine relates, “When I met everyone at Lucky 21 I knew it was an ideal match on so many levels. While they work all over the country, they are headquartered in my home city of Dallas and have an office in Austin, a town I love and where I’ve screened all of my films. With their experience in advertising, along with evident respect and appreciation for the filmmaking process, I know I am in great company with Lucky 21.”