Augmented Reality Brings the Louvre to Life in Los Angeles 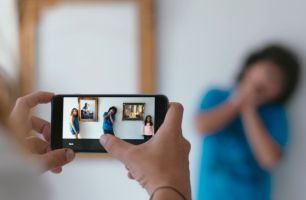 BULLITT director Matt Ogens and HuffPost RYOT united to document a unique journey, one that takes a group of fifth grade students to the Louvre Museum without leaving Los Angeles. HuffPost RYOT used augmented reality technology to bring the Louvre directly to the young children, demonstrating that art and technology truly have no boundaries. The documentary film, directed by Ogens, shows just how easy it is to take these students on a true journey transcending space and geography through immersive technology.

Director Matt Ogens has collaborated with HuffPost RYOT CEO & Co-Founder Bryn Mooser on several projects including a 12-part branded content series for Land Rover; a virtual reality documentary for the Associated Press which played at the 2016 Cannes Film Festival; a virtual reality promo for Ben Affleck and Matt Damon’s series “The Runner” on Verizon’s Go90 network; and a series of films about Cancer research for Sean Parker (Napster, Facebook).

“I was immediately drawn to RYOT’s mission of delivering socially conscious news with a call to action. And once they began creating original immersive content, it fit in my wheelhouse perfectly,” explains Director Ogens. “To witness the moment that technology opens doors and changes lives, and to document that process for others to see, is incredible.” Ogens collaborated with talent sourced from his advertising-driven collaborations to help bring the short doc to life.

“With the popularity of Pokemon Go and interest from platforms like Snapchat, augmented reality has certainly had its first mainstream moments, but the goal for us is to figure out how to use it to drive education and social movements,” comments Huffington Post RYOT Chief Marketing Officer Molly DeWolf Swenson. “Matt has been a long-time friend and incredibly supportive of RYOT's mission; he's so talented and has helped elevate our work.”