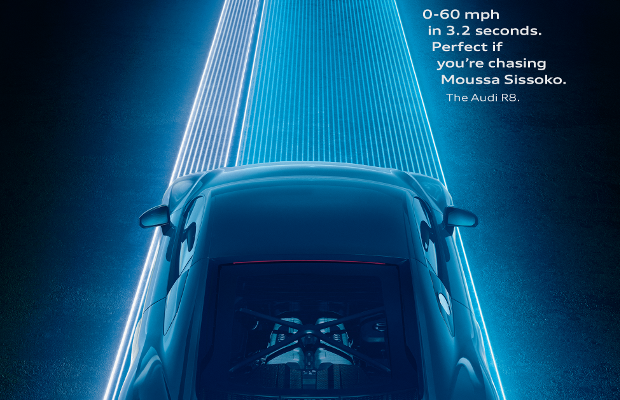 Last year, Tottenham Hotspur announced Audi as the Club’s Official Car Partner in an exclusive four-year agreement. To celebrate this, and to kick off the 2019/2020 season in Tottenham's new stadium, BBH has created a highly targeted campaign focusing on building awareness of the Audi and Tottenham Hotspur partnership.
Audi's philosophy is synonymous with progressive design and technology, as expressed by its famous Vorsprung Durch Technik end-line. It is a brand truth that aligns perfectly with Tottenham Hotspur’s similarly progressive slogan Audere est Facere, meaning To Dare is To Do.
To bring to life the natural synergy between the skill of the players and the brains of the cars, the campaign uses fan-like knowledge of the Tottenham squad and draws parallels with Audi and its world-class technology. All with a bold, modern look sympathetic to the Tottenham colours.
view more - Creative