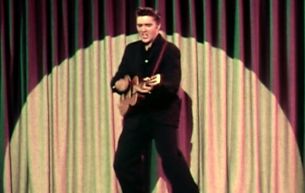 The Manifesto campaign celebrates ‘Electric has gone Audi’ at the brand summit in San Francisco, US, with the worldwide debut of the e-tron.

The TV ad, created by Venables Bell & Partners, demonstrates how the best usually aren’t the first.  Mohammed Ali, Elvis Presley and Salvador Dali were not the very first in their field but are certainly considered among the best.

Audi did not invent the electric car but, by injecting its Vorsprung durch Technik DNA, has created the e-tron. As the tagline says, ‘Electric has gone Audi’

In the UK, Audi will be the first brand to take advantage of the new ground-breaking media package IMPACT*.  This includes a one-day takeover of the first full page ad in all key national and regional print titles, together with their digital homepages including the Big City** package, reaching over 21 million adults across the country. All creatives were produced by BBH London.

Benjamin Braun, Marketing Director of Audi UK, says: “We’ve just gone electric with the arrival of the e-tron - a game-changing moment in the history of motoring.  Injecting Audi DNA has created a model destined to become legendary for its intelligence, design, connectivity and performance.”

The TV ad will also be shown in cinemas and aired on TV for three weeks from Tuesday 18 September, during major spots including ITV’s X-Factor, Channel 4’s coverage of the Japanese GP, and Sky Sports coverage of the Ryder Cup.

Additionally, OOH will feature static and digital billboards with electrifying graphics that were created with lasers directed through 8ft metal stencils.  Key sites include The Kensington, a new landmark billboard in London created by Zaha Hadid Design, plus Waterloo Motion, Motion in the City and London Bridge Motion.

The campaign was planned and bought by Omnicom Media Group's PHD.