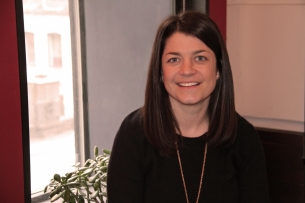 New York-based audio house SuperExploder has added industry veteran Meredith Nazzaro as Senior Producer. With over a decade of experience in post production, she has worked extensively across broadcast promotions and commercials, collaborating with leading television networks and top ad agencies. As Senior Producer, she will oversee all mixing, sound design and original music composition projects at SuperExploder.

Notes SuperExploder Partner David Gioiella, “Meredith’s passion and understanding of the fast-changing audio business make her a welcome addition to SuperExploder.” Adds Meredith, “I’m really excited to bring together my backgrounds in commercials and broadcast with such a talented team. I look forward to working on a wide range of projects.”

After studying Communications at Rutgers University, New Jersey native Meredith got her start in the post industry at NYC audio post shop Bionic. She spent 8 years there producing a wide range of network broadcast projects for the likes of USA Network, SyFy and The Food Network. She moved on to join audioEngine as Executive Producer, leading a team of seasoned mixers, composers and sound designers on top commercial projects, including several Budweiser Super Bowl ads. While not at the office, she spends her time in Hoboken with her husband and energetic 17 month-old son, Elliott.