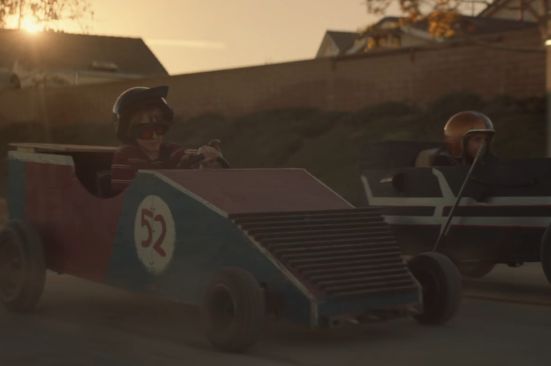 Today, Audi released its Super Bowl 51 commercial featuring a powerful message on pay equality. The 60-second spot called 'Daughter,' shot by award-winning filmmaker Aoife McArdle, will air on Sunday, Feb. 5 during the third quarter of the big game. The commercial was created by Venables Bell & Partners with Somesuch + Anonymous Content.

“Daughter” tells a moving story of a father’s vision for his daughter’s future as he watches her compete in a downhill cart race.  As she weaves her way through a field of competitors, her father contemplates whether her worth is measured by her gender. When she wins the race, they embrace and he ponders a different future for his daughter. The spot concludes with a commitment from on Audi equal pay for equal work, because “progress is for everyone.”