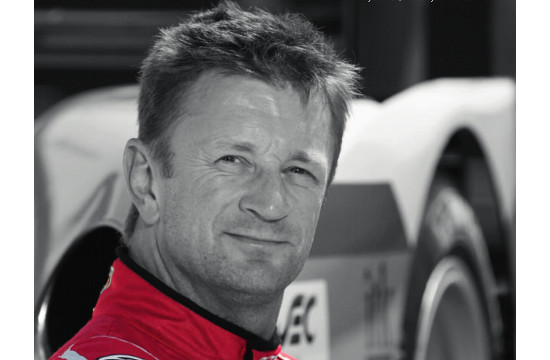 After a career spanning 32 years, Allan McNish, ‘the flying Scotsman’, is retiring from Le Mans sportscar racing. Allan first drove for Audi in 2000 and went on to achieve 29 race victories, culminating this year in triumph at the Le Mans 24 Hours and taking the crown as FIA World Endurance Champion.

Audi created an advert to celebrate Allan’s career and thank him for his continued commitment to the brand.

The final ad highlights the achievements of Audi in endurance racing, in which Allan has left one of the most distinguished legacies of any racing driver.

The press advert is running in national newspapers and motoring magazines. 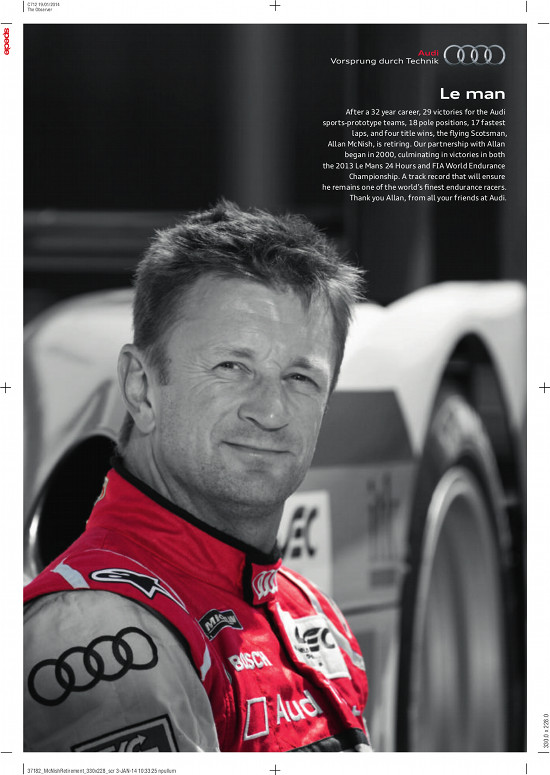