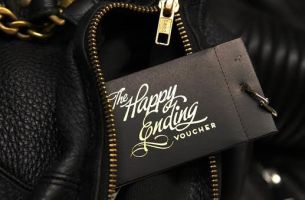 Despite decades of anti drink-driving advertising, young drivers in Auckland still often drive after a drink or two – so Auckland Transport decided to shift gears.  Using sex and humour to address a deadly serious issue, J Walter Thompson and Auckland Transport have developed a ‘Happy Ending Voucher’ to encourage couples to reward each other for abstaining from alcohol when driving.

“A good end to the night makes for a good night out,” said Mark Hannan, a spokesman for Auckland Transport. “The purpose of this campaign is to communicate the key message that sober driving means having zero drinks. It’s very difficult to estimate how many alcoholic drinks a person can have before they reach their limit.”

Between 2010 and 2014, almost 59% of death and serious injury crashes on roads in Auckland were alcohol or drug-related. Auckland Transport wanted to persuade the target audience – 25 to 39-year-olds – that zero drinks was the only safe policy.

Since 82% of the target audience is in a relationship, they made a strategic decision to shift the target to the driver’s significant other, the most influential person in their life.

Available at clothing stores and hair and nail salons, the Happy Ending voucher uses an alcohol screening litmus test pad that a partner “licks” to show they are drink-free, in order to “redeem” their voucher.

The voucher packaging, advertising and Facebook film feel like a sensual ad for perfume or designer fashion, marking a major shift from the usual shock tactics of anti-drink-driving campaigns, to delayed gratification and reward.

“The Happy Endings Voucher creates a currency for couples to reward each other for driving sober.” said Cleve Cameron, Executive Creative Director of J. Walter Thompson Auckland. “There’s only one thing more persuasive than beer, and that’s the chance of a smooch at the end of the night.”