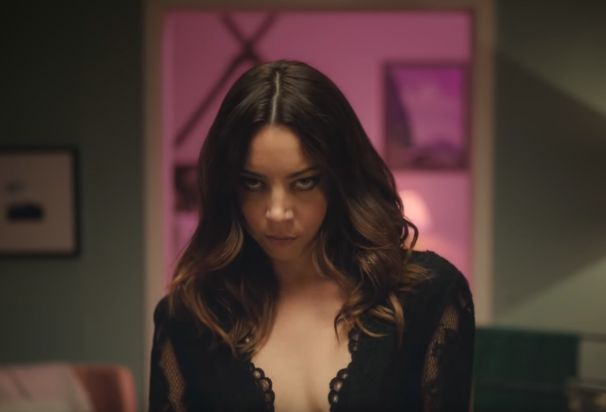 PRETTYBIRD director Matt Piedmont has directed the H&M Christmas campaign created by adam&eveDDB. A six-film mini-series set in the fictional Hotel Mauritz kicked off on 12th November with Episode 1 (‘Bells & Whistles’) depicting an eclectic group of guests snowed in at an Alpine lodge. Episode 2 ‘Get in Line’ launched on 19th November and featured the hotel guests getting ready for a party. Episode 3 ‘Lights Out’ was revealed this week. H&M will roll out a new 30-second spot from the series of six films every week in the run up to Christmas day.

Aubrey Plaza, star of Parks & Recreation stars in the films with model/musician Adonis Bosso. The soundtrack to the films has an '80s vibe with Tiffany’s ‘I Think We’re Alone Now’ providing the soundtrack to Episode 1, and Episode 2 ‘Get in Line’ showing Plaza and Bosso preparing for a party while listening to Neneh Cherry’s ‘Buffalo Stance’. Matt Piedmont is a former ‘Saturday Night Live’ writer, and the storyline of the six vignettes features a narrative following the cast of models, actors and musicians.

Matt Piedmont commented:  “We had three different crews… shooting during London’s summer heat wave. It was fun controlled chaos, like being at Timothy Leary’s Millbrook mansion.”

Matt Piedmont started out in entertainment writing at the age of 25 as a writer for ‘Saturday Night Live’, and wrote 100 episodes of the iconic sketch comedy showcase.  He was named one of Variety’s ’10 Directors to Watch’ in 2012 when he released his debut feature film ‘Casa de Mi Padre’, starring Will Ferrell, Diego Luna and Gael Garcia Bernal. He had 2 Emmy nominations for ‘The Spoils of Babylon’ mini-series, which he directed and co-wrote.