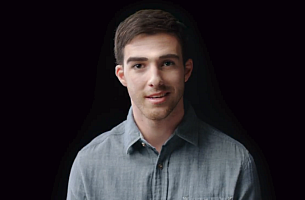 AT&T’s latest iteration of its It Can Wait campaign is making sure that everyone hears the message loud and clear during Distracted Driving Awareness Month: No distraction is worth a future.
The campaign, now in its seventh year, has had a demonstrable impact on driving behaviour. But there is still more work to be done.
New research shows that 81% of people admit to texting behind the wheel. And sadly, texting while driving is responsible for the lives of two teenage boys featured in two new spots that shine a light on the faces of distracted driving
If Caleb Sorohan and Forrest Cepeda were alive today, they might be pursuing their dream jobs or teaching their kids to play sports. Maybe they’d still be figuring life out. But we’ll never know – smartphone distracted driving cut their lives short. Forensic artists and visual effects teams recreated what Caleb and Forrest would look like today had they not been killed, and each :30 spot tells the story of what they might be doing with their life. The spots end on the line “This is what Celeb Sorohan/Forrest Capeda would look like if they hadn’t been killed in distracted driving accidents.”
American film director Errol Morris captured Caleb’s and Forrest’s heartbreaking stories through in-depth interviews with their families. In two short film productions, you hear their siblings tell how special their lives were. You see their mothers’ pain as they remember their loss.
It’s hard to watch, but it’s real.
The new campaign, “The Face of Distracted Driving,” was created by BBDO New York. Starting tonight, it will be running in theatres nationwide (across 5,300 screens) as it premieres before the start of “The Avengers,” then throughout peak movie premiere weeks including “Solo: A Star Wars Story” and “Jurassic World: Fallen Kingdom.”
view more - Creative