INFLUENCER: By focussing too much on targeting, we’re at risk of losing the art of telling a good story, writes James Morris, Global CEO of Stink 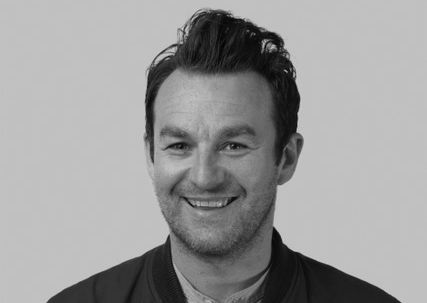 For 65 years Cannes Lions has been championing and celebrating the best in commercial creativity. The original ideas and outstanding craft that ignite brands in culture. But these days, work of this quality is becoming a scarce resource.

Since the mid '50s, audience tastes and behaviours have evolved drastically. The media landscape and how we connect with audiences has been fundamentally rebuilt. The very notion of brands, publishers and media companies, the role they play in our lives and what we expect from them has shifted radically.

However one thing remains constant, audiences respond to stories that speak to them. As humans we’ve been perfecting the art of storytelling for tens of thousands of years. For brands it’s only a few hundred at the most and the past 20 years have seen a digital revolution.

Despite this ongoing change, the fundamental components of great storytelling whether that be through advertising, entertainment or technology remain the same. Original ideas, with a deep connection to audiences told through exceptional craft is the recipe for success.

Yet the growing influence of programmatic media buying, machine learning and artificial intelligence (AI) have changed the way marketers perform their jobs and turned what was a creative challenge into a data challenge.

By focussing too much on targeting, we’re at risk of losing the art of telling a good story.

New technologies and platforms have enabled vast swathes of the population to create content and reach previously inconceivably large audiences. Where once broadcast was for those elite brands and media players with cash or infrastructure, now anyone with an internet connection and a phone can become a publisher.

The world has reached the point of attention saturation. The amount of content that exists in the world far exceeds anyone’s ability to watch it. Over 300 hours of video are uploaded to YouTube every minute and over five billion videos are watched on YouTube every single day. On average users post 95 million photos and videos to Instagram each day. And over on Netflix, now the world’s most valuable media company, on a single day in January people watched a record 350 million hours. That content just didn’t exist in the ‘golden age’ of advertising.

Publishers are keen to tell us that audience attention spans are decreasing, that our ads are too long and they should be six seconds in length, that we should refuse content to the people (a vast amount of people) that install ad-blocking technology. The problem isn’t attention deficit, it’s choice. We’re all incredibly busy, but somehow you still find the time to binge on two seasons and 17 episodes of Stranger Things, or go to the cinema to watch Blade Runner 2049 for almost three hours. If audience attention spans were decreasing or they really were watching less, then we wouldn’t see such growth in the entertainment sector. Netflix will spend $7 to $8bn on content next year. Amazon has a budget of around $4.5bn. That’s huge.

The truth is that people are consuming more content than ever, it’s just that these days, only the genuinely exceptional rises to the top. Procter & Gamble's chief brand officer, Mark Pritchard, recently called for agencies to strip away anything that doesn't add to creative output.

"We want and need brilliant creatives, and we will invest in creative talent," Pritchard said. "But creatives represent less than half of agency resources, because they’re surrounded by excess management, buildings and overhead."

We often think of creativity as some kind of magic and whilst it can often be difficult to pinpoint exactly what makes a story so good, there is a formula – to make entertaining advertising or great entertainment, you need to work with the best talent to develop the most original ideas and craft the work brilliantly.

That’s why most of the directors at Stink work in both entertainment and advertising. They understand what it means to make work that resonates in our culture. They make work that audiences actually want to watch; we don’t have to force them. Work that is itself unskippable.

Our industry has reached crunch point and is in need of a reboot.  That’s why we’re bringing together three leaders in commercial creativity from the worlds of film, advertising and culture to inspire us all to do better. And what better stage than Cannes to do it? Please join me, Oscar nominated producer and financier Aaron Ryder from Film Nation, the brilliantly entertaining and multi award winning directors Traktor and marketer Leila Fataar, expert in helping brands find an authentic voice in culture on the Entertainment Stage on Thursday 21st June at 11am.

James Morris is Global CEO of Stink. Click here for more information on his talk Unskippable Craft at Cannes Lions.