Attack of the 'Awks' in Ford Fiesta Campaign 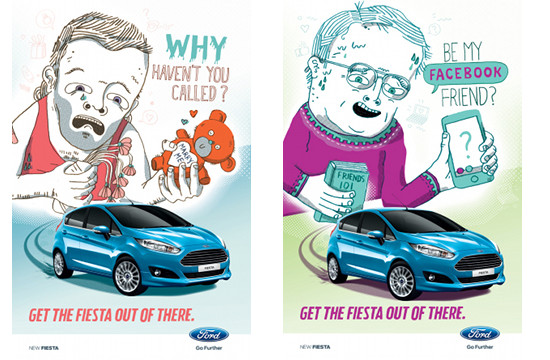 Everyday awkward situations or  ‘Awks’, as nicknamed by JWT Melbourne, are central to the latest campaign the agency has developed for the new Ford Fiesta hatchback.  Think about that awkward friend invite on Facebook; bumping into a clingy ex-boyfriend; or the early morning boot camp session that demands too many push-ups.....all “Awks!”

The campaign positions the Fiesta as the ultimate escape hatch. Its rallying cry - ‘Get the Fiesta Out of There’ – targets young urbanites aged 18-25.

To bring the annoying Awks to life, JWT enlisted the help of award-winning illustrator, James Gulliver Hancock. And they were unavoidable, springing up across inner city metrolites and billboards in Eastern States with one awkwardly placed across the road from Flinders St Station in Melbourne.

Radio executions have also been launched running across the Today and Triple M networks, running until the end of December.

Also in a first for Ford, Fiesta partnered with music video site Vevo, creating pre-rolls featuring young up and coming artists ‘Getting the Fiesta’ away from the Awks in their life (http://www.vevo.com/c/en/au/lift). It culminated in two exclusive Fiesta concerts at Melbourne’s HiFi and Kelvin Clubs; the first showcasing Tonight Alive, and the second held this week for artist Gossling.

JWT Melbourne’s ECD Richard Muntz said: “This is a really confident campaign platform that builds an identity for Ford’s smallest of small-car nameplates.” 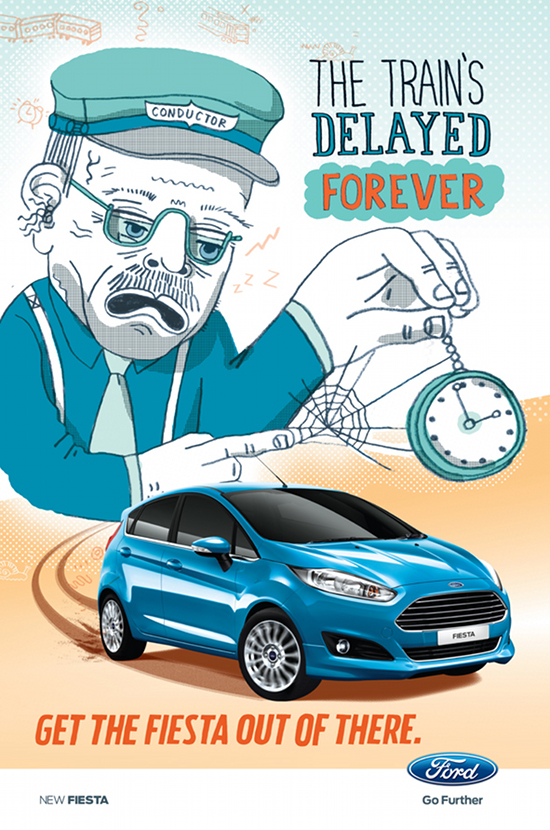 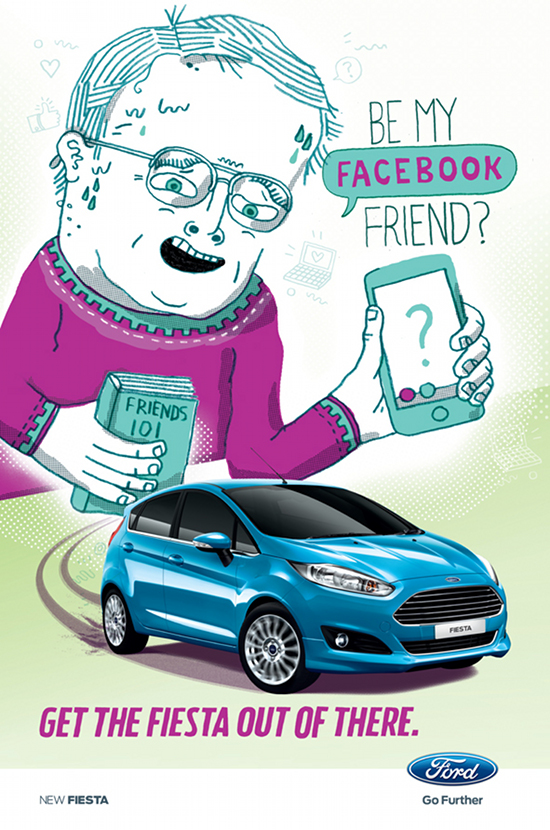 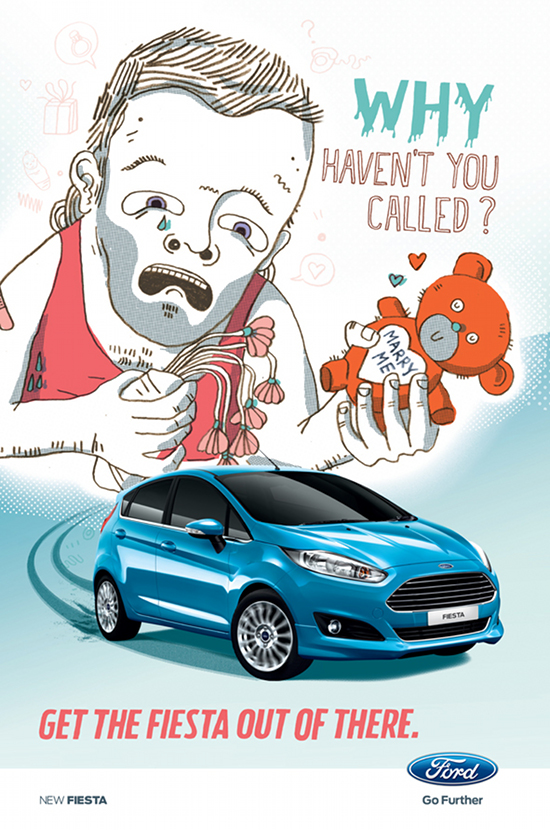