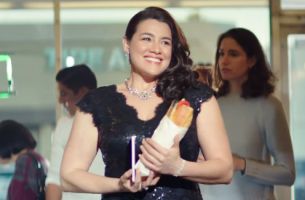 Now, AT&T is launching a new execution timed to award show season to help further bring to life the Network of You. The ad is another demonstration of how AT&T’s network is best equipped to keep people close to all of the things they find important, including never missing a moment with TV Everywhere.

Created by BBDO NY, the 30 second ad will launch tomorrow during the SAG awards and run on network and cable TV from now until the end of February.