AT&T Gets The World Singing In "Mobilizing Your World" Campaign 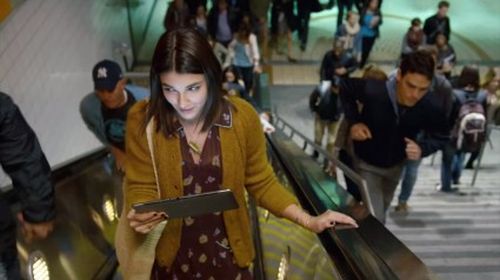 AT&T tapped Rock Paper Scissors to cut several spots of AT&T’s inspiring new campaign, “Mobilizing Your World” via BBBO New York. Featuring the Beach Boys’ “Wouldn’t It Be Nice” across all spots as the theme song, the campaign conveys the value of harmonizing mobile technology with human lives. RPS Editors Stewart Reeves and Frank Snider led the editing of the first four spots.

In “Sing Anthem,” cut by Reeves, the world becomes a musical, with everyone from a mom using her phone to track the school bus to fishermen weighing their catch, singing to the tune of technology (and the Beach Boys). The spot is punctuated with AT&T’s narrative for the campaign: “when everyone and everything works together, your world just sings.”

Reeves second spot, “Sing Network,” features a series of scenarios during which mobile technology enriches an experience. An overseas soldier viewing an ultrasound of his baby, a young boy locating constellations with a tablet, and public transit riders swiping digital metro cards are all examples of life events that AT&T uses to further establish the value of mobilizing the world.

An additional two spots, cut by Snider, reflect the value of mobile in small businesses with “your world just sings” becoming “your business just sings.” In “Sing Food Truck,” this theme manifests as the concept of building a business from our passions with the help of mobile to simplify the process. With “Wouldn’t It Be Nice” again serving as a lively soundtrack, the spot features a woman who opens a food truck for her baked goods.