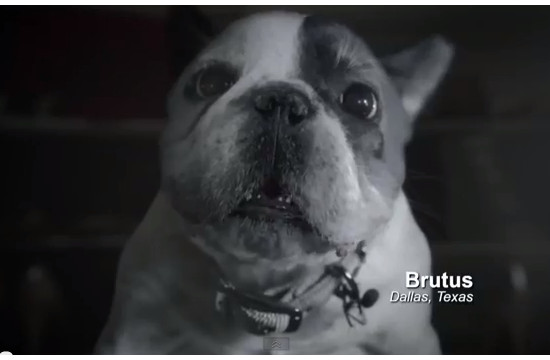 AT&T has just launched its latest digital campaign in support of the brand’s recently developed home security and automation service: AT&T Digital Life. With Digital Life, homeowners can secure and access their home from their desktop, smartphone or tablet; remotely lock and unlock doors; keep an eye on their home with indoor/outdoor video cameras; control lights and thermostat and much more.

The campaign, created by BBDO New York on behalf of AT&T, is called, Pets Talking and showcases the various ways that Digital Life let’s you control your home remotely—all from the perspective of pets who can’t explain the weird stuff happening around the house when the humans are gone.

To kickoff the campaign, three candid “pet testimonial teaser films” are being released on Facebook and Youtube featuring interviews with pets, convinced that their house is alive…or something…

The films drive viewers to Pets-Talking.com, a Facebook app where visitors not only learn more about Digital Life, but can dive deeper into the secret lives of their very own pets by generating customized, shocking confessional interview videos from their personal pet photos.

The confessionals can then be shared out on social media and also used as teaser ads for Digital Life to encourage more people to come back to the Pets Talking app to create and share more pet “confessions.”