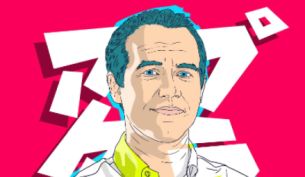 Strategic creative group ATK PLN has hired Jeff Masters as CG Supervisor. Masters has over a decade of experience in visual effects and animation, cutting his teeth on compositing and lighting roles for a wide range of feature films, commercials, theme park rides, and VR experiences out of Digital Domain and Reel FX Animation. His feature film credits include Thor, 47 Ronin and Rock of Ages.

Masters’ diverse skill-set spans photorealistic CG for live action projects and lighting and compositing for animation. Fusing his technical and creative expertise, he has also developed proprietary tools to tackle artist efficiency and technical challenges. His work has earned numerous industry accolades, including a nomination for a Visual Effects Society Award in the “Outstanding Created Environment” category, for the animated feature film The Book of Life.

ATK PLN General Manager David Bates notes, “Jeff’s feature film experience in both live action compositing and animation perfectly positions him to lead projects at the intersection of design, animation, and live action. His expertise will have a significant and immediate impact on our work.”

“The new vision that the team at ATK PLN is bringing to the table really addresses the way that the business is going,” adds Masters. “I’m really excited to go back to a boutique sensibility and challenge myself creatively and technically with the wide array of projects on their slate.”

Driven by dual passions for film and animation, Pittsburgh-native Masters studied Visual Effects at Savannah College of Art and Design (SCAD), learning hands-on with VFX internships at leading post production and advertising shops. After graduation, he landed his first professional post as Technical Director for Digital Domain, where he composited live-action films and sports commercials. He joined Reel FX Animation in 2012 as Lead Lighter, embracing the artistic and fantastic possibilities of post production for animation, lending his talent to a wide range of feature films, branded projects and more.