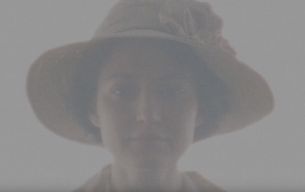 An exciting partnership between FCB and The 3% Movement kicked off this week.
Last night (Wed., 6/20) in Cannes, The 3% Movement Founder Kat Gordon and Liz Taylor, FCB Chicago’s Chief Creative Officer, launched an intimate screening of four celebrated shorts from the 2018 Athena Film Festival. The latter is an annual event that takes place in NYC and spotlights films that celebrate women and women filmmakers.
At last night’s launch, last year’s inaugural Athena Awards jury chair, Liz Taylor, passed the torch to 2018’s new jury president, Swati Bhattacharya, FCB Ulka’s Chief Creative Officer. Swati will be working closely with Kat and the two will announce the 2018 jurors in the coming weeks.
Additionally, Kat, one of the evening’s emcees, along with Liz, announced the launch of the Athena Advertising Awards globally beginning this year. (Launched last year, the Athena Advertising Awards recognise creative advertising that depicts strong, bold women from all walks of life. The Athena Advertising Awards are part of the larger Athena Film Festival. The latter is now in its eighth year and showcases Academy Award-nominated films, top-tier narratives, documentaries and shorts that celebrate the stories of remarkable, courageous women leaders.
“The Athena Awards embody The 3% Movement’s mission, and we’re beyond thrilled to continue our partnership with the festival for a third year,” says Kat Gordon, founder and CEO of The 3% Movement. “We’re especially excited because the competition is now accepting global entries across all categories, allowing brands from all over the world to submit work that celebrates women in dimensional, powerful ways.”
“The 3% Percent Movement is changing our entire industry – and it was such an honor to serve as the inaugural jury chair for the Athena Advertising Awards,” says Liz Taylor, chief creative officer of FCB Chicago. “It’s so inspiring to partner with an organization that shines light on work that highlights powerful, dimensional women – and I cannot wait to see the revolutionary, award-winning work that is produced this year.”
Submissions for the 2018 Athena Advertising Awards are now open and will close on September 21). Work can be submitted here.
Below are the four celebrated shorts that were screened last night below.
Short #1: Frontier: Directed by Jillian Banner. Documentary Short, 2017 [United States]
The moving story of a retired bull rider, the younger rider she mentors, and the barriers they both face as women in the world of rodeo.
Short #2: Lemonade Mafia: Directed by Anya Adams. Written by Keith Edie. Narrative Short, 2017 [United States]
Lemonade Mafia tells the story of a young girl pursuing her dream—to own her own business. But what happens when a rival enters the picture?
Short #3: 116 Cameras: Directed by Davina Pardo. Documentary Short, 2017 [United States, United Kingdom]
A remarkable digital project created by the USC Shoah Foundation enables Auschwitz survivor Eva Schloss to share her story in 3D and interact with an audience for generations to come.
Short #4: Whirlpool: Directed by Elizabeth Dixon, Kate Baxter, Written by Elizabeth Dixon and Kate Baxter. Documentary Short, 2017 [United Kingdom]
Helen Keller might be known for being deaf and blind, but she was also an avid civil rights activist who fought to eliminate bias against the disabled within the public, her family, and even herself.
view more - Awards and Events