Great Guns director Daisy Zhou brings together light, dynamism, and emotion for the global reveal of the Aston Martin DBX 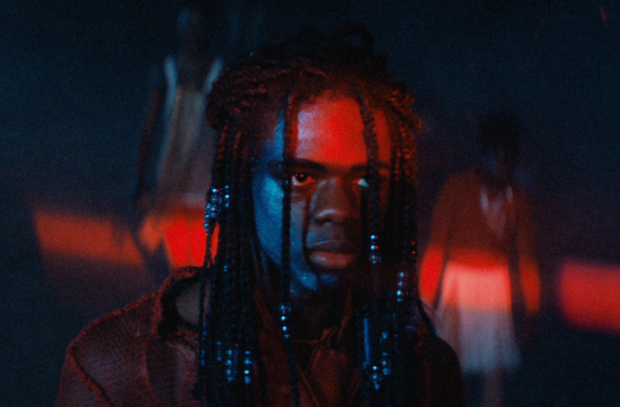 Great Guns director Daisy Zhou has shot a bold new film to mark the launch of Aston Martin’s newest model and first-ever SUV: the Aston Martin DBX. Built at the new Aston Martin St Athan production facility in South Wales, the DBX takes the qualities and characteristics that have defined the brand for over a century to a whole new level. Creatively devised by Prism and produced by Great Guns, the striking piece explores light, dynamism, and emotion – drawing on Daisy’s own memories of childhood to express the innate qualities of a particular time and place.
The launch film reimagines a journey in the Aston Martin DBX through a surreal vision. Alongside striking shots of the DBX racing around a circuit, we see brief moments of contemporary dance, giant figures emerging from the ground, and a group of people sprinting across a field at dusk. Zhou cleverly shows off the car in all its beauty and design whilst intercutting with this stunning, surreal imagery that acts as a metaphor for the car’s childlike spirit of adventure.
To create the dynamic piece, Daisy was provided with a briefing deck from Aston Martin that suggested the overall feeling of what they wanted for the various assets. No script was provided – with Aston Martin and Prism wanting Daisy to have the freedom to use her own creativity to come up with unique visuals and sound design for the piece. Daisy and Great Guns worked closely with Prism and the Aston Martin team throughout the process to create all assets – including the BTS films. When planning the film, the Great Guns director thought a lot about the use of neon, red, and teal colours that were part of the original briefing deck.
Daisy comments: “When I was first presented with the brief, I thought of a personal approach, like the cyclical nature of feeling free and then restrained. DBX is the ‘voice of relentless,’ but this piece is also about living in a relentless, existential, nocturnal place. DBX describes a feeling of defiance, like an animal in a cage it is pacing and growling, about to jump out and leap free.”
For Daisy, the film epitomises the curiosity and passion that drives her work, highlighting the emotion and rhythm she evokes through light and her skill as a director and DOP. The film was shot at the abandoned Autódromo de Sitges-Terramar near Barcelona on a 1920s built track. It was overgrown, neglected, with steep banked curves and Daisy used other unique local locations and backdrops to capture a spirit of adventure.
Daisy Zhou is the third contemporary artist to collaborate with Aston Martin on an exclusive launch film. Her film for the DBX follows Rankin’s striking presentation of the Vantage and Nick Knight’s film for the DBS Superleggera. The campaign launched initially with a bespoke 60” film that was revealed and played live during the car’s live launch events in Beijing and Los Angeles. It then debuted throughout Aston Martin’s social media and site, with a TVC version soon to launch as well.
view more - Creative