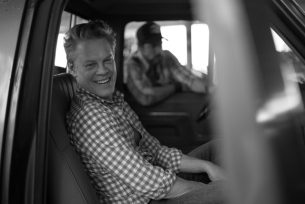 Assembly is thrilled to announce the signing of award-winning director Jeffrey Fleisig. After nearly a decade at Über Content, Fleisig now joins Assembly’s prolific community of filmmakers, bringing with him a taste for whip-smart humor, punchy dialogue, and an impressive track record of kick-starting auspicious campaigns that stand the test of time.

A bicoastal director who divides his time between New York and Los Angeles, Fleisig’s eye for the farce in the human endeavor has been met with a distinguished career in the ad world. Fleisig brings to his work an offbeat brand of humor inspired by life’s imperfect moments, culminating in a body of conceptual spots with a broad and always entertaining appeal.

Fleisig’s work has won him Cannes Lions, D&AD Pencils, AICP/MoMA honors, and an Emmy, and has been covered by top media outlets such as AdWeek, Creativity, The New York Times, Communication Arts, and more.

Jeffrey Fleisig now embarks on the next phase of his career at Assembly, where he joins a family of established storytellers unified by a taste for fresh and inspired ideas. Welcoming him to the roster is Assembly founder Michael Salzer, Executive Producer Gloria Colangelo, and the company’s newly appointed Executive Producer/Head of Sales, Becky Donahue.

“Jeffrey brings such a unique perspective to everything he does. He has this rare, almost instinctual way of adding something completely unexpected and surprising to the story.” says Becky Donahue. “We are so thrilled to have Jeffrey join us at such an exciting time for the company.”

On joining the ranks at Assembly, Fleisig remarks, “The chance to work alongside career pros Michael, Gloria, and Becky, who bring their collective talents, experience, and industry relationships to a changing business, is everything a director could ask for.  Assembly’s a new story, and to be on the team creating the forward narrative is super exciting.”