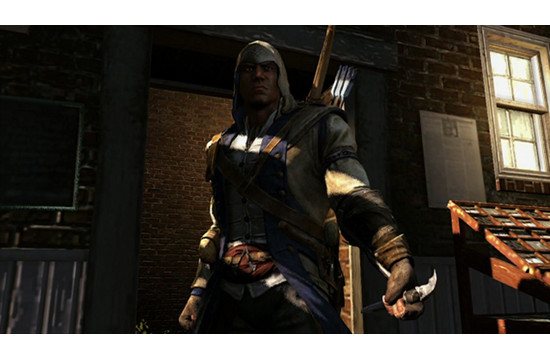 Ubisoft and digital agency Modus Operandi have joined forces to create a multi-pronged engagement for the launch of Ubisoft’s revolutionary title Assassin’s Creed III. The campaign aims to excite the title’s massive fan base and expand the property’s reach to new audiences, especially those captivated by the game’s setting: the American Revolution.
Central to this rollout is a new series, 'Inside Assassin’s Creed III', a branded documentary that simultaneously explores both the game’s development (over three years in the making), and its historic and thematic foundations in the birth of a country. Unveiled in four parts, it was released episodically between August 22nd and September 19th.
The promotional series weaves striking game footage with interviews with the developers, producers, designers and other creative contributors who pushed the upcoming title to new heights.
View the episodes below:
Modus Operandi also included interviews with outside historians, Revolutionary War experts and combat veterans for their perspective on the game’s authenticity, as well as how the experience of history through this unique lens affords new and dramatic perspectives on the period.
“With such a high-profile game and its compelling aspects – the power of gameplay experience, historic content and context – the series had to match that epic tone,” said Modus Operandi Chief Operations Officer Miles Dinsmoor. “We are incredibly proud of the work and our deep collaboration with Ubisoft.”
Modus Operandi is a multi-platform content developer and creator of immersive experiences and brand-based engagements. ModOp produces campaigns that are creatively robust, technologically innovative, strategic, and flawlessly executed across a wide array of platforms and applications.